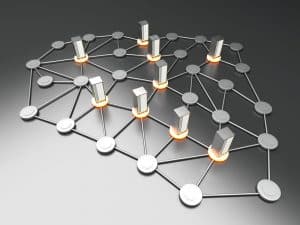 By distributing data across a CDN network rather than keeping it on a central server, you can typically provide users with faster and more reliable access to the data

You may know that edge computing is a type of architecture wherein workloads are distributed across infrastructure that is located close to the network “edge.” You may also know that Content Delivery Networks, or CDNs, have for decades provided organizations with a way of caching content across a network of distributed servers.

You might conclude, then, that a CDN is a form of edge computing. And you may be right, depending on exactly how you define edge computing. So, is CDN the same thing as the edge? Let’s explore.

Edge computing is a paradigm in which applications and data are hosted on infrastructure that is close to the network edge, as opposed to living on servers running in central data centers.

Edge computing has grown popular as a way of reducing latency and improving network performance by bringing workloads closer to the users who need to access them.

What is a CDN?

Content Delivery Networks, or CDNs, consist of a network of servers that host cached copies of data.

By distributing data across a CDN network rather than keeping it on a central server (or, for that matter, a cluster of centralized servers all located in the same data center), you can typically provide users with faster and more reliable access to the data. Network response times between a local CDN server and a given end-user are likely to be lower than they would be when the end-user has to access the data on a central server. In addition, if one server in a CDN fails, traffic can be rerouted to others, which increases data availability.

CDNs have been around for a long time — longer than modern clouds, in fact, and certainly longer than anyone has been talking about edge computing. CDNs originated in the late 1990s.

Differences between edge networks and CDNs

If both an edge architecture and a CDN distribute workloads across the network edge, what’s the difference between edge and CDNs?

You could argue that there actually is no real difference and that edge is just a trendy new term to refer to old technologies like CDNs.

But you could also make the case that there are a few key differences between edge and CDN:

In short, you could consider CDNs to be a form of edge computing. But even if you make that argument, there are other types of edge use cases and scenarios that extend far beyond those of a CDN because edge networks can accommodate a wider array of functionality and device types than CDNs. In addition, edge networks currently depend on bespoke approaches, whereas CDNs today are something of a commodity.