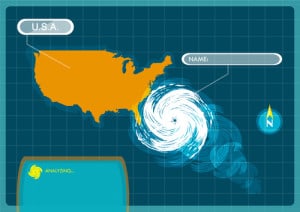 Can real-time analytics be leveraged for disaster response? A leading innovator in the field outlines strategies and lessons learned.

Natural disasters have killed more than 606,000 people and left 4.1 billion injured or homeless since 1995, according to a U.N. report. That’s not counting deaths and refugees from wars or conflicts: The Syrian conflict alone has produced millions of refugees and some 400,000 deaths.

In times of such crises, it is often challenging to identify impacted populations, get needed services to survivors, and calm fear. Humanitarian and rescue groups, as well as governments, have begun to deploy real-time data analytics to solve those challenges.

One well-known practicioner of such an approach is Desiree Matel-Anderson, the chief wrangler for the Field Innovation Team (FIT) and CEO of the Global Disaster Innovation Group. FIT develops open-source, real-time solutions to aid disaster response, whether software or physical products, and has deployed teams to the Boston Marathon bombings; Typhoon Haiyan in the Philippines; the Oso, Washington mudslides; and the Syrian Civil War.

“We looked to focus more on safety and if there was a need to calm down chaos and fear” of people in areas affected by the hurricane, said Matel-Anderson, who served as the first innovation advisor for FEMA. The FIT team deployed sentiment analysis by scanning 7 million tweets between October 22 to 31, looking for terms such as “scared” or “upset.”

According to Splunk4Good, a FEMA leader who deployed 1 million gallons of water a day during the hurricane, and who had not seen the FIT project prior to its presentation at the White House, said he would have liked to have used Splunk to make a more informed decision on disaster relief.

In another case, FIT and Splunk partnered again to track donations through social media for survivors of the 2014 tornadoes in Pilger, Nebraska. For example, “if there was a large shipment of blankets coming in from the Red Cross we were able to connect that to the actual people who needed the blankets,” Matel-Anderson said.

The team also looked at Instagram and visuals to understand priorities on the ground—if people were taking pictures of the devastation and destruction rather than capturing images of proactive volunteer efforts. “That’s important for us to understand,” Matel-Anderson said. “What are survivors expressing? What do they need? A picture speaks 1,000 times stronger than words.”

Innovation on the fly

One challenge in using big data for disaster response is that, unlike analyzing data from machinery, a project can not necessarily be designed and executed on known endpoints and systems. Disasters are chaotic events, unfolding on the ground, with unknown and ever-changing parameters.

The 2014 mudslides in Oso, Washington, for example, engulfed 49 homes and other structures, killing 43 people. The FIT team’s goal was to build a 3D model of the mudslide and surrounding area topography to guide search efforts and notify first responders of changing soil conditions.

While much has been written about the power of drones to inspect remote area, data from drone flights was not precise enough. The first 3D computer reconstruction did not include geotagging for geospatial reference, and was at a lower 5 cm per pixel resolution. The team needed a 3 cm per pixel resolution, which would show detail down to the level of a rock on the ground.

To solve the problem, FIT processed the drone data through PrecisionHawk’s PrecisionMapper software, then processed LIDAR data from through Autodesk Recap reality capture, which is 3D modeling software. 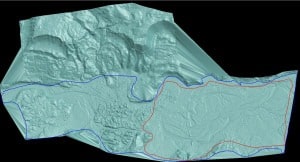 A 3D map of the Washington mudslides. Source: FIT.

During the Syrian Civil War, FIT deployed on the Lebanon-Syrian border to provide social and psychological services to impacted refugees. In Syria, it is not culturally acceptable to ask other people for psychological help, so FIT developed a chatbot using artificial intelligence.

The chatbot, accessible via WhatsApp and developed with the help of x2ai and Singularity University,  was programmed in Arabic with language refinements provided by local Syrians and Lebanese. First refugees simply tried to outsmart the chatbot by asking it questions, and “that would lead into a discussion about experiences they had in wartime,” Matel-Anderson said. “We learned that socially and culturally we have to be sensitive to how we present a technology to a different culture outside of the United States, but we also learned that this can be used to help support psychosocial services for refugees,” she said.

Editor’s note: Matel-Anderson will be speaking on these and other use cases for disaster response during Strata + Hadoop World from March 14 – 16 .

Predictive healthcare: How the IoT can save lives