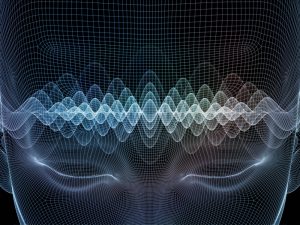 The goal of the joint effort is to make digital processes more accessible to end users that typically don’t want to fill out a Web form or know how to launch a query.

Dell Boomi this week revealed it is working with Accenture to develop conversational user interfaces infused with artificial intelligence (AI) through which organizations will be able to integrate and analyze business processes.

Announced at the Boomi World 2019 conference, the goal of the joint effort is to make digital processes more accessible to end users that typically don’t want to fill out a Web form or know how to launch a query.

See also: With DIY and Conversation-as-a-Service, Chatbots Are Here to Stay

The platform-independent speech interfaces from Accenture are being layered on top of a Boomi Bot Framework, a collection of low-code tools and services that employ SOAP-based application programming interfaces (APIs) to build chatbots that support any combination of business rules and AI models.

However, Cailleteau cautioned organizations to proceed with care as they deploy conversational systems in production environments. Organizations will also need to pay close attention to latency issues because the expectation is backend systems will be able to respond to verbal commands in real time, adds Cailleteau. Finally, noise levels can adversely affect conversational systems and voice interactions tend to create larger data streams that systems will need to be able to support, notes Cailleteau.

By this time next year, Cailleteau says conversational UI systems will have reached a level of maturity that will enable then them to be deployed much more broadly than they are today.

“If you make a bad first impression, customers won’t come back,” says Cailleteau.

Accenture and Boomi are working with the Revenue.ie, the agency in the Republic of Ireland responsible for collecting taxes, on an initial set of pilot projects.

While speech interfaces and natural language processing have been around now for some time, it’s only recently that end users have begun to make extensive use of interfaces such as Siri on the Apple iPhone and Alexa-enabled devices to send texts and launch queries. There are a range of use cases involving everything from applications being accessed to healthcare professionals to field service engineers that could all be made more accessible using these speech interfaces.

It’s not clear, however, to what degree speech interfaces will supplant traditional GUIs. It’s not going to be practical, for example, for a room full of people to simultaneously invoke voice commands to interact with applications. For the most part, usage of speech interfaces will be confined to environments where individuals can be assured they are the only individuals interacting with an application. The challenge IT organizations will now face is finding a way to build applications capable of supporting both conversational and graphical interfaces as end users see fit to employ them.