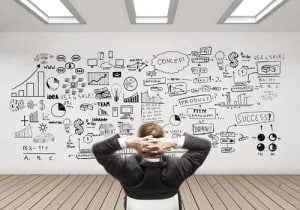 A stodgy business culture, risk aversion, and legacy systems make it difficult for non-tech companies to undertake digital transformation. But legacy companies do have some advantages.

Companies that aren’t digitally fluent are falling behind those that know how to take advantage of new technologies. This isn’t the first time that digital technologies have changed the business landscape. Much like when organizations first started converting from paper forms to electronic documents, there is a right and a wrong way to approach digital transformation.

The clear leaders in business today are known as digital natives. These are companies such as Google and Amazon that were founded or redefined by the digital era of web, mobile, and IoT. Digital natives are run by technologists and staffed by software and hardware developers, designers, and experts in cutting-edge technology.

Why it’s a bad idea to play catch-up 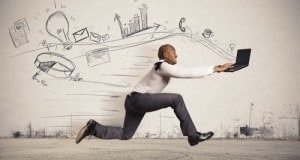 It’s logical to assume that in order to achieve digital transformation, a non-digital native must also hire warehouses full of developers and recreate every technology from scratch. But developers at digital natives are inventing technologies. Legacy companies cannot simply replicate those inventions to try and catch up.

We can further break down this approach of hiring developers to build new technologies in order to understand where it will work and where it will fail. As a starting point, digital natives and legacy companies have very different pre-existing infrastructure. The digital natives don’t need to maintain aging transaction infrastructure running on mainframes or complex customized ERP and logistics software. Much like a new airline has an advantage because their maintenance costs are low, newer companies have fewer decades of tightly integrated technology that needs to continue to function.

When a company with decades of existing processes, an well-established culture, and legacy infrastructure tries to introduce development projects to mimic the technology innovations of the digital natives, a few dynamics emerge. Outside of IT, the projects are rejected as shadow IT and never get fully integrated into the day-to-day business. Within IT, a bi-modal culture develops where staff supporting primary revenue streams feels undervalued and the staff building new technologies is heavily recruited, leaving the project unfinished and unsupported.

Beyond the roadblocks of business culture and infrastructure, legacy companies are not starting at the same market position as digital natives.

Newer, private companies have more flexibility with earnings and profits because their stock is not as liquid and subject to analyst review and constant fluctuations. Even among public companies, those that the market thinks of as technology companies have demonstrated that heavy reinvestment results in astronomical growth. Any company that’s been giving back profits as dividends or rewarding top executives with cash rather than stock needs to reset market expectations about use of profits. Timing also matters, since any company not already sitting on a war chest to invest will need to borrow or have enough existing market momentum to build investment capital.

For example, Google first offered their stock to the public by reverse auction rather than the usual investment banker process. The stock value has increased over 100x in a decade. Over the past five years, Google’s revenues have steadily increased as has the percentage spent on R&D. Total dollars spent on R&D have increased 50 percent from $2 billion to over $3 billion at the same time that total assets grew from $109 billion to $147 billion. Any company that doesn’t have the same kind of top-line growth and flexibility to invest in R&D will not be able to compete by inventing (or reinventing) technology the way Google does. They will need to find different leverage to compete with Google.

In addition to market expectations, older companies often have higher sensitivity to risk than the newer digital natives, who are still operating like startups. The market leaders represent the few successful companies among thousands who were acquired or shut down. In the five to 10 years leading up to profitability, startups are experiencing the highest percentage growth in value. They can sell equity to cover technology investments well beyond revenue at the same time that they have no legacy infrastructure to support. The investors in these startups are highly diversified and assume an extremely high risk, letting the startups take bigger risks than the shareholders of long standing public companies. 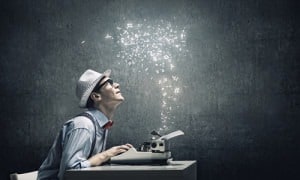 So what’s the right approach for a non-digital native to transform and compete? The answer lies in the most critical difference between the digital natives and the rest: process and culture.

Culture change starts with the very bottom of the technology stack and requires relatively little investment or reinvention. The approach to culture change starts with pivoting existing methodologies. Most companies implement change top down, the same way that strategy is planned. As a result, operational considerations happen last, and often hold up projects as IT reviews the security, monitoring and governance concerns. In order to adopt a faster moving, iterative culture, operations need to be considered up front. For example, by starting with a solution for total visibility, IT can integrate new applications and systems quickly rather than having to deploy a separate special purpose tool each time.

With a solid foundation that gives IT total visibility into all infrastructure and systems, business can start to partner with IT on joint innovation rather than function as a splinter group. A tag-team approach to innovation ensures that business and IT can move in parallel and support each other. For example, IT can make build-versus-buy decisions based on concrete use cases that drive revenue.

Legacy companies can also buy and implement new technology much more quickly and cheaper than the digital natives. At the same time, business can get access to data that gives them unique insight into how their customers interact with existing products.

Digital transformation is a very real trend which is upending every market. Existing market leaders must recognize that they are in a very different position than the digital natives who are challenging them. Non-digital natives must acknowledge that change starts with rethinking process and culture rather than mimicking the digital natives. Further, legacy vendors should take advantage of the breadth of new companies that are commercializing technologies developed by the digital natives to compete faster and cheaper. These are the conversations that should be happening in every c-suite.