Home / Analytics / Does Having a Chief Data Officer Make You More Data-Driven? 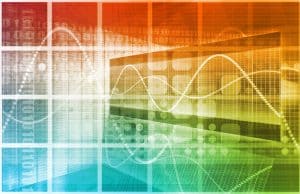 Having a chief data officer is no guarantee of success. They often face challenges that prevent companies from realizing their data-driven visions.

Adding a chief data officer to the corporate roster seems like a good move. That way, you have someone who worries about and has the power to assure the accuracy, quality, and business value of the data that flows through your enterprise. However, corporate culture is a powerful thing, and even a well-supported CDO may come up against the fierce headwinds that prevent people from realizing their data-driven visions.

That’s among the conclusions stemming from a survey of 85 Fortune 1000 executives, conducted by NewVantage Partners, which explored the impact of the CDO on data analytics success. There has been notable growth in the presence of CDOs in larger companies — from 12% in 2012 to 65% in 2021.

Things seem to be straightforward with the technology available these days to build and deploy data analytics. It’s culture that’s the show-stopper, the survey shows. Ninety-two percent say the “principal challenge to becoming data-driven” is people, business processes, and culture. Only eight percent identify technology limitations as the barrier. So, CDOs have their work cut out for them. “Clarity on responsibilities, focus, purview, and reporting relationship remains in flux,” the survey’s authors state.

Most of the respondents to the survey, 76%, have the titles of either chief data officer or chief analytics officers. While “they are positive about the technologies they manage, they are less enthusiastic about their own roles,” the survey’s authors find. Only about half, 49%, have primary responsibility for data. At the same time, about a quarter of companies still report that there is no single point of accountability.

There is agreement that CDOs need to be more proactive and forward-looking with applying data to business growth. Seventy percent concur that “the focus of data leaders should be on offense and revenue-generating activities,” versus “defense-oriented ones like regulatory and compliance issues.”

While there has been a movement afoot to raise the profiles of CDOs, things plateaued over the past year. “Over the past several years of this survey, the percentage reporting that the profile for a successful chief data officer is an “external change agent or outsider” has increased. This year, however, that percentage declined a bit, as did the percentage advocating that the CDO is a line of business executive with responsibility for business results.

A significant number of firms continuing to struggle with turnover – 18%. Only a third of companies, 33%, attest to the role being well-established and fully successful, though this represents an improvement over last year – 28%.