Home / Trending Now / A Clean Water System for Those Who Need it, in Real Time 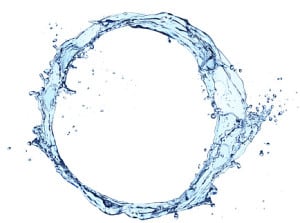 How IoT devices helped solve a clean-water challenge in Gambia and Tanzania.

Many of us take clean water out of our taps for granted, but that’s not the case for almost one in 10 of the world’s inhabitants. More than 780 million people, in fact, do not have access to clean water, and 2,300 people die each day from illnesses contracted by drinking from dirty, disease-ridden water supplies. There are many large water systems in place across the globe, but local systems tend to have spotty performance records. Often, local residents are forced to go to contaminated sources for their daily supplies.

eWater was founded with the intent of providing an affordable, sustainable solution that helps the world’s poorest populations access clean water. The solution, as reported in a recent case study, involves the use of simple hardware devices at water taps, the power of IoT and cloud-based monitoring, and a low-cost way for people to pay for the water they use at the source.

How This Opportunity or Challenge was Met:

The effort started with pilot projects in Gambia and Tanzania, and is now being rolled out across Nigeria, Uganda, Ghana, and Senegal.

The core element of eWater’s strategy is the employment of cell phones, which are abundant throughout the African continent. As reported in the case study, eWater’s founders “reasoned that if people were willing to pay small sums for cellular service, they would also be willing to pay small amounts for clean water at the tap, provided that the money collected would go towards reliable maintenance of the water systems.”

Their solution included installing small, tamper-proof devices at water pumps to control access to and collect usage information at each tap. A data-delivery system sends information from each pump to a central location for monitoring and to alert technicians when a tap is not working. eWater turned to Amazon Web Services and Eseye, an AWS technology partner, to provide machine-to-machine connectivity that could send and store data in the cloud.

The solution starts with solar-powered, IoT-enabled pumps that work with filtration systems, water storage tanks, and village water distribution systems, the case study continues. The pumps are equipped with Eseye AnyNet Secure SIM smart cards that connect with cellular networks. Credits for water usage are transmitted via NFC (near-field communication) tags that villagers press against their mobile phones running eWater apps. “After credits for water use are wirelessly transferred to the NFC tag, it is then pressed against a water tap containing an eWater device. This opens a valve that delivers the purchased amount of clean, fresh water.” 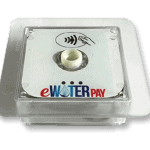 The IoT devices at each tap connect over the cell networks to a cloud-based eWater application, which receives data on functionality, flow rates, and sales in real time, as well as potential anomalies in water delivery. Data is streamed to local franchises, which dispatch technicians to maintain the pumps.

Benefits from This Initiative

The new system is intended to help local communities “keep their water resources maintained forever,” eWater executives hope. It “Always sends and receives data when we need it, and at a cost-effective price.”

Initially, the effort has helped successfully deliver clean water on a 24/7 basis to about 13,000 people in Gambia and Tanzania. EWater hopes to make the solution available to up to 10 million people over the next five years, through the instillation of 100,000 more taps.

A report in The Economist sums up the impact of eWater’s real-time monitoring system at one Gambian village:

“At any time around a third of the water infrastructure in rural sub-Saharan Africa, from hand pumps to solar-powered systems, is broken… Kerr Lien, a village in central Gambia, reverted to using a manual well for nine years after the inhabitants were unable to fix a fault in their solar-powered pump… [eWater’s] solar-powered taps, 110 of which have been installed in Kerr Lien and six other Gambian villages, dispense water in response to electronic tags. The tags are topped up by shopkeepers using smartphones; 20 litres of water cost 0.50 dalasi (1 cent), and 85% of the payment is set aside to cover future repairs. The taps are connected to the mobile network, so they can transmit usage data to alert mechanics to problems. eWater hopes to have 500 taps serving 50,000 people in Gambia and Tanzania by the end of 2017.”

Could cognitive IoT clean up our lakes and streams?