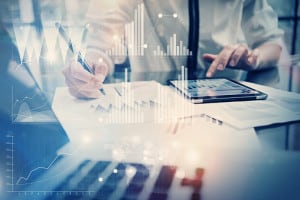 A number of companies have recently been hiring senior people to fill a rather specific role: bringing data analytics to their companies through top-down action from the C-suite. This movement is intended to replace a more traditional model of data scientists—or even business users—discovering a method of leveraging analytics, and then trying to convince their higher-ups that it’s a worthwhile investment. These new hires are typically called chief data or chief analytics officers (CDO/CAO).

One of those people is Bill Franks, the new chief analytics officer (CAO) of the International Institute for Analytics (IIA). He was a guest on a recent webinar on five things new analytics leaders should do to succeed in their positions.

Tom Davenport, IIA co-founder, says that the first 90 days are critical for new business leaders who are hoping to make a mark on their companies. If they can make inroads on analytics in those first three months, they’ll be able to create meaningful change that leverages analytics to make better business decisions and stronger experiences for customers.

What should new analytics leaders do to actually make the most of these first important days? And, on the flip side, what can the rest of the team do to help get their new leader up-and-running as soon as possible?

Phase 1: Getting a lay of the land

Davenport recommends that leaders take a less structured approach to understanding how projects get done, who is doing what kind of work around analytics, and what the capabilities are. Informal interviews are key here. Instead of pinpointing exactly successes and failures, more general trends are more useful at this point. Davenport says that feedback like, “We generally succeed with our projects, but they take too long,” for example, would be a very useful finding at this point.

When it comes to a timeline, Franks says, “I don’t think you can spend too long doing it, at the same time I think it’s critical to spend the time and ensure the effort is make, because you’re only going to have that first opportunity before you get sucked into all the details.”

Phase 2: Shoring up the team

As with the general interviewing process, Davenport and Franks both recommend that analytics leaders to a rough skills assessment to see where they’re over- and under-staffed. How long that takes depends entirely on how many people are working for it.

Data scientists and analytics specialists under the purview of this new leader should highlight what they’re passionate about so that the administration knows where to map their talents, Franks argues, saying, “Normally, people’s strengths and passions tend to align, but people tend to have more things they’re good at than they really love to do. Maximum productivity is going to hit that spot where it’s something that person is good at, and they’re passionate about.”

Phase 3: Securing a seat at the table

Every company has a different culture, Franks says, so it’s important for new analytics leaders to understand the interpersonal dynamics—sometimes communication is passive, and sometimes it’s aggressive. There’s a big differences between direct and discrete relationships, and trying to make change with one, while the company is used to another, can create fissures that will reduce the ability to make inroads on the next phase.

Davenport says that for new analytics leaders, “your boss will make it easier or harder to get that seat at the table,” but that no matter where one is within an organization, there’s potential for impact.

Phase 4: Identifying and executing on an early win

Today, businesses have little in the way of patience, so small victories early on can help analytics leaders gain traction to make even more change. Davenport says, “Don’t wait too long before you can establish an early win and do a little internal marketing about your successes.”

Team members can and should help this process along, because a celebrated CAO can directly equate to more investment in the department. Many leaders get stuck on getting a win on an issue that’s rather ho-hum to stakeholders, and individuals should step in to hand over their tribal knowledge on what issues will actually be possible and appealing to the company as a whole.

In the end, success in analytics is as much about leveraging relationships as it is about leveraging technology. For new analytics leaders, Franks argues that relying entirely on one’s self, or even the existing team, is a recipe for failure.

External resources should be researched and exploited for their knowledge, including people from different vendors, different services, and even market researchers (much like IIA itself).

Internal resources should be utilized to their maximum too, ideally by putting them to work on something they’re passionate about and skilled in. Franks says, “People who have the ability and the motivation—give them every opportunity. I don’t know of any company that’s crying that they have too many analytically capable people in their organization.”