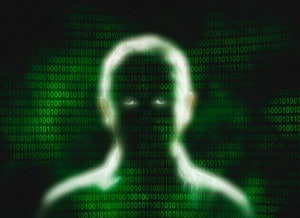 Set-top boxes, which know who you are, where you are, and what you like, raise concerns about privacy.

Apple released its new fourth generation Apple TV today, to some great fanfare. Sometimes I think Apple could release a block of wood, and people would line up to buy it. That said, I’m sure I’ll own one at some point.

Apple TV joins devices such as Roku, Google, game consoles, and even smart TVs that are platforms unto themselves — and which raise concerns about IoT privacy. Some common patterns are emerging:

We consume content from set-top boxes with a known identity. So as we’re logged into these devices to watch TV shows or movies, play games, and even make purchases,  these devices can leverage our personal data to compile a pretty good profile as to what we’re all about: political leanings, income, interests, etc.

Geospatial Data: They Know Where You Are

Set-top devices are location-aware. They know where they are, down to a street address. This occurs no matter what you enter into your profile.

Set-top devices are data collection machines, as well as content producers. The goal is to discover your preferences to provide you with suggested content, such as through recommendation engines or ad targeting. After a while, they pretty much have a complete psychological profile of you.

Of course, we consume content via computers, smart phones, and tablets as well, and the same rules apply. However, set-top boxes are so pervasive, and so much a part of our daily lives, that the amount of information collected from these devices — and used by marketing agencies, corporations, even the government — is staggering. When considering how we can slice and dice that data today, including complex predictive analytics, the power of the data becomes even scarier for the rank-and-file users.

Those of you who may be tempted to toss your Roku or Apple TV boxes away because of privacy issues will be surprised to know that your cable and satellite TV box have pretty much the same data gathering tricks these days. The only alternative is to go to rabbit ears, and most of us are not willing to go to that extreme.

So, should you be concerned?  Most of us have given up on privacy, and are even willing participants in daily activity data gathering done by third parties, as well as sharing our interests and preferences. Thus, people are denied employment due to a post of a motorcycle race on Facebook (likelihood of an injury), or a Tweet in support of a more radical political candidate.

I consider those actions as examples of voluntarily providing data — it’s your choice. However, passive data gathering from streaming devices, and the ability to make a huge amount of sense from that data, seems a bit scary to me. Perhaps it should be to you as well.

Frontiers in Artificial Intelligence for the IoT: White Paper
Beyond Sensors: IBM on Use Cases for Real-Time Data
Why Data Integration Needs to Evolve for the IoT
Real-Time Traffic Management With Road Signs