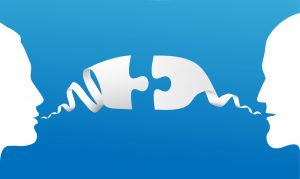 The newest development takes on the open-ended nature of natural human conversation, a benchmark previously unmet in conversation technology.

Google this week announced its latest breakthrough in artificial intelligence with conversation technology. The Language Model for Dialog Applications (LaMDA) designed to make AI assistants more realistic in their responses. It could fuel better assistance through open-ended conversation and natural exchanges.

Although currently in research and development, Google unveiled its preliminary technology, LaMDA, at its latest I/O Conference. The newest development takes on the open-ended nature of natural human conversation, a benchmark previously unmet in conversation technology.

Previous language models offer conversation based on a specific set of topics. AI trains on these topics but strays just a little, and the assistant is unable to continue the conversation. Google’s research wants to open up that conversation ability.

According to Google, “unlike most other language models, LaMDA was trained on dialogue. During its training, it picked up on several of the nuances that distinguish open-ended conversation from other forms of language. One of those nuances is sensibleness. Basically: Does the response to a given conversational context make sense?”

LaMDA builds on the same neural network architecture that Google pioneered and then open-sourced. LaMDA trained on dialog and began to pick up on the nuance of natural conversation in several key benchmarks.

A large part of Google’s work beyond these benchmarks includes creating language models that reduce the risk of misuse. The company builds and open-sources this technology to help reduce things like inherent bias, hate speech, or misleading information.

Creating the next generation of conversation technology

Although still in the research phase, Google is cautiously optimistic about this next phase of conversation technology. The company believes this research could unlock more natural ways of interacting with our machines as well as even more helpful applications outside virtual assistants.