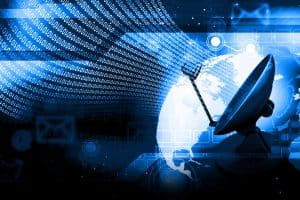 It’s become clear over the years that many of the tasks associated with space travel — such as orbital data-gathering, lunar or planetary exploration, and supply shipments from earth to space stations — is best and most cheaply accomplished by autonomous robots and systems. NASA’s Curiosity Rover on Mars employs AI designed that enables it to autonomously select appropriate rock and soil targets for analysis.

Distant exoplanet exploration may also be left to the bots — a special aired on Discovery a few years back speculated that the first attempts to examine alien lifeforms on distant worlds could be performed by at least two AI-equipped robots. Designed to roam the planet, they would even be programmed with two distinct AI-driven personalities — one would be more fearless and adventurous, and the other would be more conservative and risk-averse.

The European Space Agency plans to launch a satellite that includes onboard AI, designed to improve the efficiency of sending Earth observation data back to Earth. The soon-to-be-launched spacecraft will include an AI capability called ɸ-Sat (PhiSat), which will be included on the soon-to-be-launched CubeSats. The CubeSat program is part of FSSCat, developed by a consortium of European companies and institutes.

There will be two CubeSats, each about the size of a shoebox, collecting data that will be made available through the Copernicus Land and Marine Environment services, using dual microwave and hyperspectral optical instruments. AI is being employed since the hyperspectral camera on one of the CubeSats will collect an enormous number of images of Earth, some of which will not be suitable for use because of cloud cover. To avoid clogging up earthbound communications with less-than-perfect images, the ɸ-Sat AI chip will filter them out.

“While compact, the instrument – which covers the visible and near infrared with hyperspectral capability, enhanced with bands in the thermal infrared – is very powerful and will acquire terabytes of data that can be used to monitor vegetation changes and to assess water quality, for example,” according to Marco Esposito, from cosine Remote Sensing, the company that led the development of the artificial intelligence algorithm. “However, generating this amount of data actually poses a problem, as the data have to be handled efficiently so that they can reach the users in a timely manner. With ɸ-Sat we have effectively given the instrument its own brain, which processes the data onboard to detect clouds in the images.”