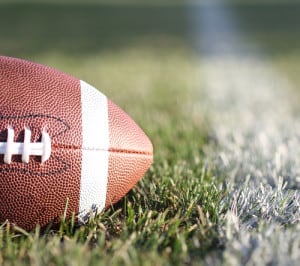 Real-time analytics are increasingly part of team preparation for games and some feel it gives them an edge. But don’t expect Bill Belichick to admit it.

Analytics is a bit of a hard sell in the NFL, thanks to the Cleveland Browns. The G.M. pledged that using analytics would be the key to rebuilding the team and guarantee them a winning season and maybe even a trip to the Superbowl. Instead they went 0-16 and the G.M. was promptly fired. However, two of the leagues winningest teams this season rely on analytics and it appears to have served them well.

According to Pro Football Talk, the Eagles and the Patriots use analytics in free agency, on draft day, during games and throughout the organization. The Wall Street Journal quotes Eagles G.M. Howie Roseman as praising Philadelphia’s analytics department, saying, “They give us a clear direction of what they’re looking for and what they want.”

The Eagles are happy to talk about their use of analytics, saying the team’s aggressiveness is a direct response to the insights they got from them, but admit they’re not something that many other teams find easy to trust.

“There’s a belief from a lot of the football people that some of the analytics or quantitative people lack the necessary football IQ,” said Ryan Paganetti, an analyst turned coaching assistant who advises Pederson on in-game decisions along with Jon Ferrari, the team’s director of football compliance. “In a lot of cases, they don’t trust these guys.”

See also: Why real-time integration should matter to the NFL

While many believe Patriot’s head coach has a clear dislike for analytics, that assumption is wrong. Belichick does use them, he just doesn’t like to talk about it, preferring to keep the team’s strategies close to the vest. Ernie Adams, the team’s football research director is one of his most trusted advisors. Adams was a municipal bonds trader before beginning his over two decades of work for Belichick. Many of the methods used to analyze economic data are also used for sports statistical analysis.

“When Belichick went for it on fourth-and-2 from his own 28-yard line late in a 2009 loss to the Colts, pointed out Pro Football Talk, it was the analytics people who said he had made the mathematically correct decision, while most football fans and media members thought Belichick had lost his mind.”