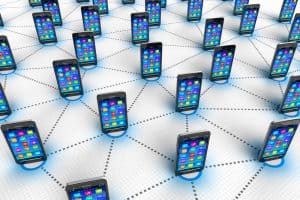 Artificial intelligence is changing the way users are interacting with their apps offering numerous possibilities for innovation.

Like smartphones, artificial intelligence (AI) has swarmed into our digital world. Long gone are the days when smartphones used to take leverage of cloud-based and internet dependent apps. Now mobile app developers are leveraging the power of AI to influence people’s decisions.

Smartphone app developers are adapting quickly to use AI in improving mobile app performances. Here are some of the real-life benefits of AI on mobile apps.

Real-time translations: Modern-day mobile app translators are accurate and handy. But these apps need robust internet connectivity to work efficiently. Artificial intelligence can provide a real-time translation that does not rely on the internet. Using AI in translators improves the mobile app performance by translating words in real-time. It helps users to understand the terms and sentence formations. An example of this capability can be found in Baidu (a Chinese search engine).

Facial unlocks: First launched by Apple in September 2017, FaceID was the feature extensively used by people for unlocking their phones. The first generation of facial recognition had some issues, including light sensitivity, and it couldn’t identify the person with or without spectacles. The new generation of Apple’s iPhone devices uses AI-based algorithms for face recognition with added features and functionality. Now a user can easily unlock their phone even if he or she changes looks. Google’s latest Pixel 4 has replaced the fingerprint sensor with facial recognition similar to Apple’s FaceID. Pixel 4’s FaceID works even if your eyes are shut!

Enhancing search: Text searches have become traditional nowadays. But we’re at the dawn of visual search technology. Smartphone developers are using AI to develop voice and image recognition for increased mobile app performances. Google has already started implementing the idea with its AI-based solution known as Google Lens. You simply take a picture of the product, and it will tell you every detail of that product. Such a feature comes in handy for consumers in day-to-day life where they don’t need to waste time searching for details about a particular product.

Image recognition: Beyond the use of image recognition in search engine enhancements, there are other areas where image recognition is beneficial. Software developers are using AI to process digital images for all sorts of data extraction purposes. Image recognition, along with AI technology, can now identify license plates or diagnose diseases. Visually challenged people can take advantage of AI-based image recognition applications. Apps like TapTapSee help people with visual problems by clearly describing what’s in front of the device’s lens. CamFind is yet another AI-based app for recognizing objects and creating a knowledge base.

AI with IoT: The combination of AI with the Internet of Things (IoT) is potent in creating personalized experiences for users. When a customer uses an app with such technology, a large amount of real-time data is collected. From each usage, AI is used to learn the customer’s behavior patterns and offers services more streamlined and desirable for that particular customer. This improves mobile app performance. Mobile app development, along with IoT, can lead to better utilization of resources with higher efficiency. Together they can omit the necessity of a significant amount of employee bandwidth.

Emotion Recognition: AI provides yet another exciting technology that allows the reading of human emotions. It uses advanced image processing and audio data interpretation to achieve this. The technology captures human emotions through voice intonation and subtle speech signals combined with facial expression change recognition technology. Mobile app developers can use this technology to pair with existing apps to increase mobile app performance. For example, with the help of emotion recognition, you can play the soundtrack best suited for the user’s mood rather than playing any random soundtrack.

Human emotions also contribute to how we purchase goods and services online using apps.  According to one industry survey, 54% of consumers said that digital assistants had played a considerable role in simplifying their lives. Retailers are using AI algorithms paired with virtual assistants to anticipate customer behavior.

Enhanced app authentication: Artificial intelligence has become readily available as a commercial technology. Not only reputed organizations but also organized criminals are taking advantage of this technology and advancements. As such, there is a high chance of an AI-based cyber-attack soon. To prevent such a catastrophic event, tech companies are developing advanced data security levels with added layers of security protocols.

Google and Apple understand the risk and continuously keep their customer base updated with the latest security patches. Thanks to enhanced technology like artificial intelligence, blockchain, and machine learning, developers can look forward to a smooth authentication process and user experience. AI is increasingly getting implemented for detecting security threats like malware or adware attacks in real-time in mobile applications that involve in-app purchases. It dramatically increases mobile app performance by offering safe and secure in-app purchases.

AI is changing the way users are interacting with their apps. As such, when paired with AI, there are numerous possibilities for innovation in the mobile app industry. In the future, AI is bound to create an intelligent ecosystem to gather a massive pool of social, behavioral, and emotional data to provide more customized user experiences. Kindly let your thoughts flow freely in the comments section and let me know new possible innovation areas where AI can influence the mobile app industry.

Hardik Shah works as a Tech Consultant at Simform – a dedicated team of app developers. He leads large scale mobility programs that cover platforms, solutions, governance, standardization, and best practices. Connect with him to discuss the best practices of software methodologies @hsshah_.