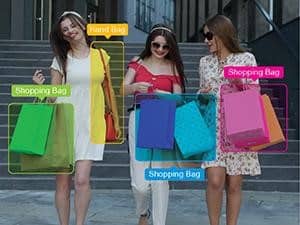 Without advanced image annotation techniques, it is not possible to overcome the hurdle of preparing an AI-based automated system to tag images or recognize objects of interest.

Artificial Intelligence is like a child superhero. It’s got impeccable memory, unimaginable capabilities, and limitless endurance. However, it doesn’t know what to do or when to do it. It needs to be told. Data annotations, or image annotations in the case of computer-vision AI, hold the key to this communication. Without high-quality datasets and ML training, image-based decision-making by AI runs the risk of courting catastrophes.

Through annotation, images are labeled, classified, segmented, and made usable so that the AI can be taught the correlations between the labels and the images and the shapes and objects in the images. We show which patterns are significant and to act where required.

For AI to know what to do (defining executable action sequences) is far easier than training it to be aware of when to act (recognizing triggers). It reads data, pixel numbers, and coordinates but can’t make sense of them unless annotations provide the clues, and machine learning keeps showing it which logic to apply where. The training goes on until the AI can connect the dots by itself and gets ready to be employed.

The AI or image annotation – which comes first?

Once the AI’s ‘awareness’ is sufficiently developed, it can be brought on to the image sorting and tagging process itself, reducing human intervention and speeding up delivery. When the AI begins tagging images, the output becomes free of unpredictable errors.

How image annotation is leading the way in ML/AI

Availability of machine learning training data is the key driver to improve AI performance. In contrast, image annotation is the technique used to create this training data for AI and ML.

Here are the reasons that make image annotation so very important for ML and AI projects.

With billions of images ready at hand, it is impossible to finish the image annotation work of big datasets in time without the backing of AI and robotic processes. The process begins with high-quality sample image sets for machine learning models. The level of diligence must be sky high, and work precision needs to be near perfect. The workload in certain tracts begins lessening only when AI and ML are both sufficiently developed to shoulder portions of the workload.

Except for building the initial high-quality datasets, full annotation of images by humans is irrational, even with the advanced tools available. On average, an expert human annotator takes 15-30 minutes to tag an image following all parameters in a given project. And that time is increasing every day due to the greater range of labeling criteria added to projects.

At the current rate, tagging a dataset of 100,000 images will take approximately 8.5 years for a human annotator working 8 hours a day, 365 days a year without leaves, and at a robotic level of performance.

Recently, ImageNet, an image database that provides data free to researchers, hired tens of thousands of workers on Amazon’s Mechanical Turk. While simple images were tagged fast, sometimes in 5 minutes, complex scenes requiring semantic segmentation, where the number of objects to be tagged was high, took between 30-90 minutes each.

Image annotation is the most arduous portion of the entire computer-vision AI model training workflow. This is why there’s a race to develop new and better techniques of image annotation. And it leads the way in AI and ML development and research.

Image annotation is done from scratch by experienced human annotators, primarily for the initial datasets of machine learning models. In regular workflows, ready image datasets from both non-commercial and commercial sources, or proprietary in-house sources, can be used to set the ball rolling. The humans in the loop can then move on to largely supervisory roles.

An AI is not hard or impossible to mislead. Much like ethical hacking, scientists and AI companies themselves keep testing the fidelity of computer-vision AI through various methods designed to fool it.

Some of such publicly known instances are termed adversarial examples. While most such tests are done under ‘white box’ situations, in many instances, the testers do not possess any inside knowledge.

In one of the most famous ‘black box’ examples, a team of MIT researchers in 2017 successfully fooled Google’s Vision AI into believing the photo of a row of machine guns was that of a helicopter.

That’s five years in the past. And, of course, there are innumerable such instances under ‘white box’ testing conditions.

Justifiably, stakeholders in the computer-vision AI industry have been trying to make the systems as foolproof as possible. Thus, the necessity of feeding more and more high-quality data into the machine learning system to up its accuracy has gained prime priority.

The principal techniques include:

5. Almost every use of computer-vision AI is mission-critical

Almost every instance of the application of computer-vision AI, ranging from 3D heart imagery to virology to defense, to environmental science to emotion detection, is mission-critical, and there’s no place for slip-ups.

6. Developments rolling out every other day

New machine learning solutions in image annotations are under continuous development, with those like Google’s Fluid Annotation, able to outline objects and backgrounds in images and provide class labels at three times the normal speed of previous annotation practices.

Breakthroughs are rolling out back-to-back, with almost every tech giant and software company joining the race to devise new applications and provide fresh solutions.

In February this year, a California-based AI company raised more than $9 million in a funding round. The company, which serves teams at Qualcomm, LG, and Samsung as a vendor, claims to have developed a new system of auto-labeling. Here the AI itself reports in its labeling output the percentage to which it is certain of labeling accuracy. That cuts down human verification significantly, as much can be excluded from further checks.

7. Use of synthetic data to train AI

The use of synthetic computer-generated image data for training AI is an active field and involves deep learning, use of virtual environments, crowdsourcing of CAD models, etc.

Most developmental efforts in the field of synthetic data depend on GAN or the generative adversarial network. This involves two deep learning models. One learns how to generate realistic image data, and the other system, a discriminator, learns how to mark differences between the generator’s output and actual field data. One of the popular systems in this field is StyleGAN which has been open-sourced by NVIDIA and depends on CUDA and Google’s TensorFlow.

As we said, an AI is like a super kid. Machine learning helps it grow, giving it the values and references it needs to function. So, for it, lack of images and poor quality of initial datasets are as bad as poor textbooks and learning materials for a kid. Given that before making any image-based decision, an AI must recognize and detect objects of interest learned through MLM, its ability fundamentally depends upon the level of object labeling its learning datasets had.

Snehal Joshi heads the business process management vertical at HabileData, the company offering quality data processing services to companies worldwide. He has successfully built, deployed and managed more than 40 data processing management, research and analysis and image intelligence solutions in the last 20 years. Snehal leverages innovation, smart tooling and digitalization across functions and domains to empower organizations to unlock the potential of their business data.