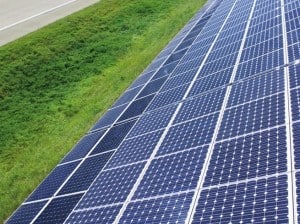 Technology now gives us the opportunity to drastically increase energy production without having to overhaul our entire energy infrastructure.

Last week, I wrote about how the connected vehicle can integrate with solar energy to push the world of energy further. We can use solar vehicles to generate energy, transport energy through batteries and integrate them into the energy grid.

We can go further by integrating the transportation infrastructure itself into the energy grid. The car’s surface area is relatively limited compared to roads, walls and rest stops. Infrastructure is ample and stationary, which makes it easier to angle solar panels toward the sun. 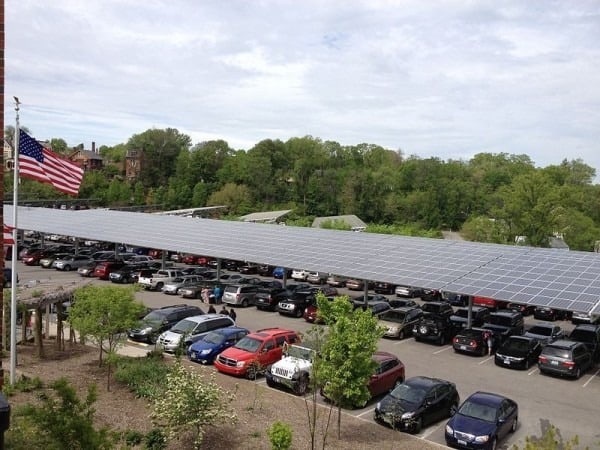 The easiest way we can increase energy production is by adding solar panels to parking lots and rest stops. Solar panels can do double-duty by providing cover from the elements (e.g., rain, snow and sun) as well as producing energy. I personally first saw one of these at an “Autogrill” rest stop in Tuscany.

At many of these rest stops drivers can park their vehicles under solar panels while they fill their fuel tanks and rest. You can even grab a bite at their grill. The Cincinnati Zoo also has a set of solar panels in its parking lot and can generate a fifth of the zoo’s electricity needs.

Some consider them an eyesore, so efforts are underway to make them more aesthetically pleasing. Solar panels also serve as a promotional platform. For example, Disney’s array at the Walt Disney World Solar Facility near the Epcot theme park looks like Mickey Mouse.

Some opt to camouflage the panels, as can be seen by Tesla’s work creating solar panels that look like roof tiles. Soofa is creating solar benches that gather energy as well as give people a place to sit and charge their devices. These panels can be added to existing rest stops without having to invest heavily in time or renovation costs. 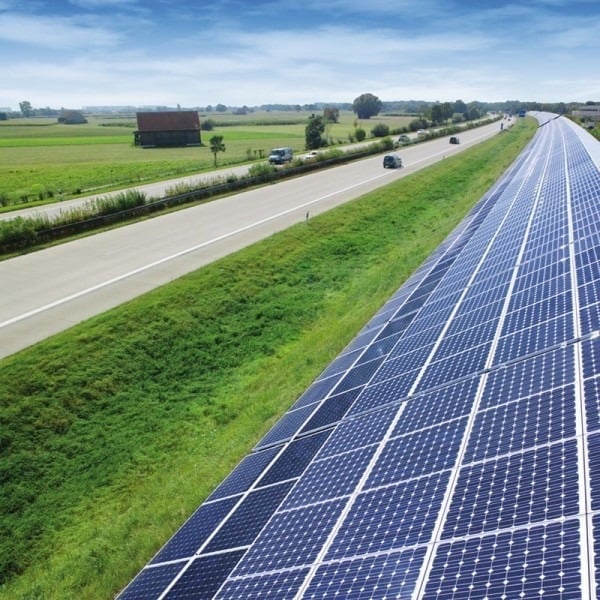 If this project is successful, it should apparently generate 825 megawatt hours (MWh) per year of electricity and serve as a pilot for the technology more broadly. Last August, the United States Department of Transportation put out a report that suggested creating new solar noise barriers and retrofitting existing noise barriers with solar panels could generate 400 gigawatt hours (GWh) per year. However, these projects are in the planning stages and to date there are no solar panels fully installed on sound barriers in the United States. 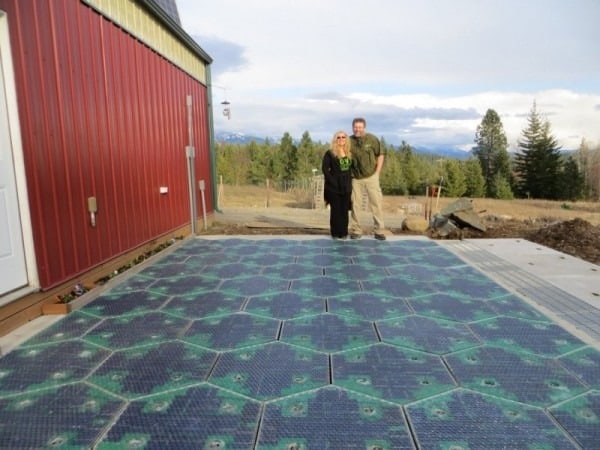 A prototype of a Solar Roadway parking lot. Source: WikiMedia.

Another way we can better integrate green technology into our infrastructure is by creating solar roads. Roads are long, stationary and thus perfect candidates for absorbing energy. In the United States alone there are 72,000 km2 of asphalt and concrete exposed to the sun, ready to feed energy.

One firm that is attempting to take advantage of this is Solar Roadways in Idaho, a firm that raised more than $2 million through crowdfunding and obtained additional funds from the U.S. Department of Transportation to create “smart” road tiles. These tiles include solar cells, LED lights, a heating element, and wireless communication. As of last July there are now 30 panels in Sandpoint, Idaho that generate energy and use its LED lights to display images.

These panels are heated, which provide the added benefit of being able to reduce the chance of accidents due to ice. The company’s panels are fitted with lights to act as signage and advertisements that do not have to be repainted over time, although they are vulnerable to cyber attacks.

The panels’ lights can also light up the road at night for drivers as well as airplane pilots, which will reduce the chance of accidents. They are pressure sensitive as well, which means if and when the panels are connected they can send signals about accidents or conditions on the road to the vehicles. These panels can be installed in sports arenas and reprogrammed when a different sport is played in the arena. These panels have so much potential, they appear to be almost too good to be true.

Solar Roadways provides interesting opportunities for solar technology applications, but it needs more testing and development before it can be trusted. Unfortunately, its first pilot of 30 panels was too small to be on a real road, at least ¾ of the panels were broken before they were installed, some of the replacements malfunctioned as well, the 30 panels  only generated an average of .62 kilowatt hours (kWh) per day when they functioned properly, and all that was before the pilot panels caught on fire.

Fortunately, the solar road built in France by the Anglo-French firm Colas last year seems to be having more technical success, but it is currently very expensive (the 2,800 km2 pilot cost $5.2m to build). Colas’ tiles are only solar; they are not pressure-sensitive or have LEDs. The above solar road firms require rebuilding the roads, whereas the French firm Solar Road is building panels that can be installed on top of existing asphalt, which may make it easier to quickly install them without having to rebuild the roads themselves.

There is a unique opportunity right now to drastically increase energy production without having to overhaul our entire energy infrastructure. Most of the projects mentioned above can be built on existing private and public works. While some of the projects are having teething problems, many of them are developing well. They are learning from their problems and pushing the technology forward. When that technology is ready, it will change the world.