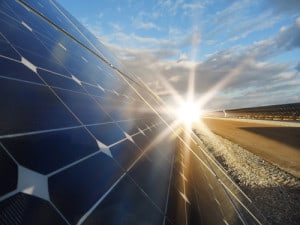 We tend to think of the connected car as consumers of energy, but they can also be electricity generators and containers.

Something strange has happened: Solar power is relatively cheap even though oil prices have remained relatively low at less than $63/barrel since 2015.

Green energy is all the rage, as traditional third world countries such as Chile are investing in wind, solar, and geothermal power and Tesla is contributing to the re-electrification of Puerto Rico. What does all this have to do with connected vehicles? We tend to think of the connected vehicle as a consumer of energy, but connected vehicles can be so much more than that. They can also be electricity generators and containers. We need to rethink how we treat the car in terms of energy.

Connected vehicles can generate a significant level of energy and a number of companies both big and small have been developing them for years. One solar vehicle will be on the market is the 2017 model Toyota Prius equipped with a solar roof, which can drive for 25 miles on a battery charged by solar power before it switches to burning gas. 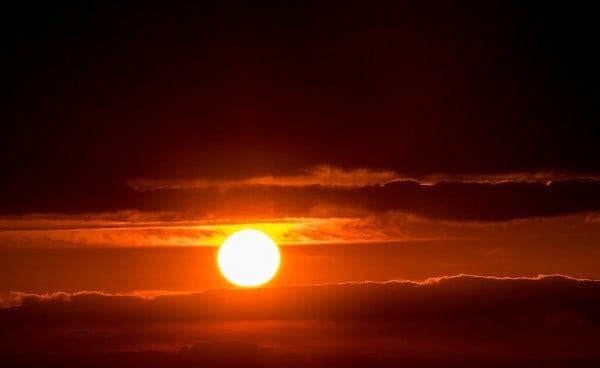 The sun sheds 174 petawatts on the earth, an unbelievable amount of energy. Source: Pixalbay

Pv magazine says this vehicle is the “the first commercially available, mass-produced passenger car to feature an optional solar charging system.” Its solar panels can partially recharge the 3.7 volt lithium-ion auxiliary battery while driving and charges the battery to full capacity while parked.

Toyota is not the only producer of solar cars. The German firm Sono Motors is developing a prototype vehicle known as the Sion. The Sion is covered in solar panels that use polycarbonate to be shatterproof and weather resistant.

It also features bidirectional charging technology, which means any electronic device up to a certain wattage can be charged through the vehicle. The Dutch startup Lightyear is also producing solar vehicle prototypes with the intention of having the car “charge itself,” demonstrating that a great number of companies are interested in bringing this idea further (You can watch the Lightyear video here). While the technology is not quite ready, we are entering a future where cars do not simply consume power but generate it as well. 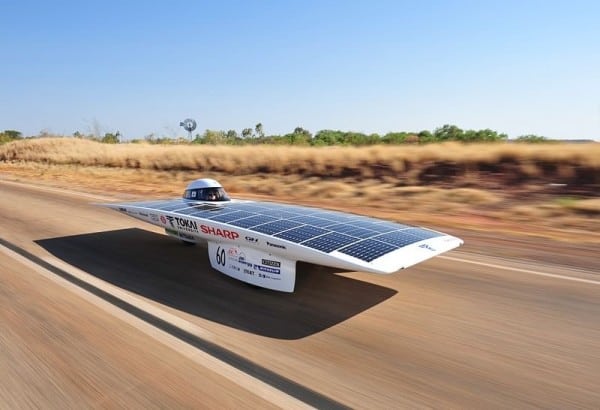 Connected vehicles can also serve as large solar batteries for nonvehicular purposes. They are parked 95% of the time and are usually outdoors, where they can use solar panels to gather energy. While they are out, they can charge devices.  We already use them to charge our telephones through car chargers and USB cables.

Sono Motors’ bidirectional charging technology shows we can go even further. They can also serve as useful mobile chargers in disaster areas such as fire-torn California, go to places without an electronic infrastructure such as a desert, and provide solar energy for emergency equipment and emergency responders.

Generating solar power and storing it in batteries can be extended to non-car vehicles as well. Train companies can install solar panels on their long trains to decrease their energy costs and perhaps even sell some of their energy. Large boats — not just small autonomous ones such as the Seacharger — can be outfitted with solar panels and sent to a hurricane-stricken island in the Caribbean.

[ Related: Success of Connected Vehicles Is a Matter of Trust ]

If we are going to turn vehicles into energy producers and/or batteries, they must be integrated into the power grid. There is an Industrial Internet Consortium (IIC) testbed going on right now, the Microgrid Communication and Control Testbed, which is dedicated to transforming the centralized central grid system into a group of “microgrids” that control smaller areas independently of each other but continue to work with existing infrastructure.

Part of the testbed’s goal is to better integrate renewable power sources that are not constant. The wind does not always blow and the sun is not always out, which means sometimes there is not enough energy and sometimes there’s too much. While this testbed does not include connected vehicles, you could imagine connected vehicles being integrated into such a testbed because they can supply the grid with energy when needed and store energy when there is a surplus. Cars can supplement energy grids. This promises to greatly expand our understanding of how we can power the world.

The connected vehicle has the potential to reshape the world of energy as well as transport people and goods. They can serve as generators, batteries and energy distributors. None of these cars will be powerful enough to run a sizable house anytime soon. Right now a solar panel cannot generate more than 1 kiloWatt/m2/day on a 250 watt panel (calculated as a panel being about a meter squared, four hours of sunlight per day, and 250Watt/hour), and a solar car will generate less power than that because their panels cannot be permanently angled at the optimal slant to gather energy from the sun.

Even if we could make sure a car’s solar panels always generates 1 kiloWatt/m2, an electric car on a highway will consume at least 50 kiloWatt, and the high-end Tesla models, in particular, require far more power than that. No vehicle has a roof large enough to fill a 50 kiloWatt charge within a single day. Because of this, solar vehicles will not be running cities any time soon. However, they can still act as mini-generators, portable batteries, and take part in the wider grid.

If we develop the concept further, we can make these vehicles help in disaster zones or create extra energy in case of wider power outages. We can take this concept and create something special with the Internet of Cars.