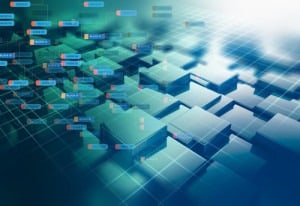 Blockchain seems to be everywhere right now, but how we educate policymakers and users around this tech now could define its ultimate success or failure.

There’s the hype. Then there’s reality. That’s the neverending back and forth about technology. If a groundbreaking piece of technology survives for the long term, it’s because something happens to bridge the gap between those two.

Sometimes it’s unexpected; take two of the biggest examples from the last 40 years. In the early 1980s, the Atari 2600 powered the home video game market until a number of factors caused the market to collapse and anything related to that system wound up taking up landfill space. Yet, a few years later Nintendo revitalized the market and now it’s a billion-dollar industry that drives a huge percentage of the entertainment market.

Similarly, the Internet as a commercial tool zoomed into the zeitgeist with the late 1990s dot-com explosion before people realized the technology had not yet caught up to people’s ambitions. But after the dot-com bubble burst, the industry regained its footing with reality meeting the hype simply by gradual implementation of secure technologies and sensible planning over the next 20 years — and now we’re on the verge of the Internet of Things era.

See also: Is blockchain the future of your supply chain?

In fact, the Internet of Things may itself be the next big piece of technological hype. After all, the use of smart everything is already creeping into the mainstream. Fitbits track your walking data, your Internet-connected fridge knows if you need more eggs, and your entire life is now in your phone. The hype stems from the ability to have smart devices interconnect and communicate with each other, delivering a volume of data and making adjustments determined by machine learning.

However, the reality is that that means a lot of sensitive information is flowing across Bluetooth, wireless data networks, and wifi hotspots — some of which aren’t secure. So how does the industry bridge reality and hype? The answer may be the blockchain.

Where Does Your Data Live?

In the discussion above, Fitbit is one of the examples of a connected world. Fitbit tracks many different data paths: calories burned, movement, breathing patterns, sleep, and more. A lot of personal information can be discerned from that data along with the actual connection with your smartphone via Bluetooth.

However, none of that data is protected under HIPAA. These types of things aren’t really considered when a device is in use; the general consumer thinks more about getting the device to sync, or maybe what color they want for their device rather than the quality of data protection. And a big part of that most likely stems from a lack of understanding about data access — and data risk.

Technology has entered into our everyday lives, and terms like RAM, v2.0, and wifi are now common speak, the heavy lifting of data security is still considered more of an IT industry realm. To bring the public consciousness into the realm of cybersecurity, the platform has to be understood. Right now, the blockchain is poised to be a potential breakthrough solution.

It has the technical specifications to check all of the boxes needed to keep personal data secure in the Internet of Things. What it’s missing, though, is widespread understand and acceptance — and that sort of thing is the difference between it being a niche platform and something that draws heavy investment in both time and money.

As it exists, the blockchain delivers security in a way, unlike any other database platform. It is protected with one-way encryption, it is permanent with data blocks linked in the record to the preceding block, and it is transparent with publicly vetted ledgers. The key here is decentralization: by removing single points of failure, the blockchain harnesses the power of multiple users and systems while ensuring that any attempts at hacking or rewriting can be quickly caught and corrected.

When most people think of the blockchain, they probably point to a lot of articles from the financial industry about blockchain-powered currency, commonly called cryptocurrency. The reason why the blockchain works so effectively for currency is the permanence and accuracy of transactions. However, the blockchain is not a platform for money per se; it’s a platform for data.

So, what types of data require secure transmission? Medical records and even voting have been considered as areas where the blockchain can provide a revolution. These areas have already seen pilot programs and even some attention from government bodies. But for the blockchain to truly become mainstream — and thus, truly developed to scale up for mass usage — it requires advocates with significant weight.

Imagine if the UK’s National Health System implemented the blockchain for records. Or if DMVs all across the United States migrated to the blockchain. Or if blockchain-powered voting could finally protect the integrity of our elections. Each of these ideas ties directly into powerful and influential advocacy groups.

Because while the blockchain may seem like a feasible consumer entity, the truth is smart businesses know they can’t fully jump into a commercial version of the blockchain unless it’s totally secure — both for user protection standpoint and volume of scalability. The focus, then, needs to be on entities committed to securing data; it’s their goal — and responsibility — to look at secure data in the 21st century.

Consider the significance if, say, the consumer division of the FTC advocated for banks to use the blockchain to ensure consumer protection. Opportunities like this present a path to both revolutionize the way the world conducts business and usher in a new era of technological transparency and integrity. In order for that to happen, the push has to come from one level further below: blockchain proponents must begin to think past their immediate projects and into driving discussions with governing entities and large organizations.

Only with their support can the blockchain truly thrive — and for businesses developing blockchain opportunities, their long-term success depends on it.

Before joining Factom, Jay Smith was at Virtusa where he lead creation of a new agile consulting practice, a new market for the company. His past work experience includes leading large accounts as a senior program manager for Wipro and directing business units at CGI for 18 years. Through his 25 year career, Smith designed and built a broad range of systems for financial services firms giving him a deep understanding of the needs of the industry.