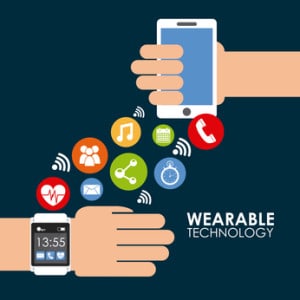 The combination of wearables and real-time data analysis offers promising new ways to address the ongoing risk of worker fatigue, especially in industries that require 24/7 production. As RTInsights contributor Leslie Forman explains here, by assessing and responding to key indicators in real-time, managers can prevent accidents before they happen.

When people don’t sleep enough, they can make mistakes and fail to pay attention during routine tasks. They can even fall asleep on the job. Some of the most disastrous workplace events—from the nuclear disaster at Chernobyl to the recent case of an Alaska Airlines baggage handler getting trapped in a plane’s cargo hold—have been attributed to fatigue. This is especially problematic in industries that depend on round-the-clock shifts such as healthcare, mining and transportation.

How might we prevent accidents before they happen? A new set of solutions lies at the intersection between wearables (wearable technology) and real-time analytics.

Wearables in the Workplace

The term “wearables” refers to technological devices that can be worn on the body. These exist in many forms including smart watches (made by companies such as Apple, Basis, Fitbit, Jawbone and Pebble), smart glasses (such as Google Glass), smart rings (such as Ringly), smart blood sugar monitors (such as OneTouch), smart textiles (such as sensing bandages, shirts and socks) and even a temporary tattoo that both extracts and measures the level of glucose in the fluid in between skin cells. Wearable devices can, in fact, track various biometric indicators—such as movement, heart rate and calories burned—in real-time.

To make the most of these tools, it is important to focus on addressing a specific problem. Maribel Lopez, author of the book “Right-time Experiences,” emphasizes that companies should begin their journeys with these technologies with “at least one use case that produces a measurable business value” rather than simply experimenting with any way to prove business value, which can waste money and time.

Some example use cases include doctors using Google Glass to access patient records without taking their eyes away from the procedure, service technicians on top of a wind turbine checking work orders through a voice-based system while keeping their hands free for other tasks, and construction workers using smart watches to access location-based alerts. “These are not just timesavers,” wrote Shane O’Neill. “There are serious profits to be made when wearables improve how workers do their jobs.”

It’s essential that wearables and the software that supports them be designed to actually be useful to a worker given their specific context and needs. One specific problem that wearables can help to address is fatigue in the context of shift work.

Sleep is a fundamental pillar of health, affecting all aspects of human performance. “Sleep is a neurobiologic need,” explains the National Center on Sleep Disorders Research (NCSDR) and the National Highway Traffic Safety Administration (NHTSA)’s Expert Panel on Driver Fatigue and Sleepiness. “The loss of one night’s sleep can lead to extreme short-term sleepiness while habitually restricting sleep by one or two hours a night can lead to chronic sleepiness.”

Adequate sleep enables us to use our psycho-motor, judgment, assessment and critical thinking skills at their best. Inadequate sleep is a common (and often celebrated) condition in modern society but the consequences can be devastating. “We know what the costs are,” said Dr. Chris Carruthers, a Canada-based sleep specialist. “The data is really clear; it’s indisputable.”

To prevent accidents and other fatigue-related problems, it’s important to automatically filter the many gigabytes of data from wearables and alert managers to the most urgent cases. “The analytics of things is often a precursor to cognitive action—taking action based on the results of analyzed sensor data,” explain Thomas H. Davenport and John Lucker.

In a fatigue management system that combines wearables with real-time data analytics, the insights could serve many different roles. The system could compare a person’s sleep statistics to others in similar situations. It could track patterns and compare these with established standards. It could be used to help diagnose medical problems such as sleep apnea. The smart watches could wake people up at the optimal time. They could prescribe specific actions such as stretching or drinking coffee. And they could bring together all of the data—from various assessments and treatments—in a way that provides doctors with stronger evidence to make a diagnosis.

This means that a manager could see machine-analyzed data (streamed from wearables such as smart watches, indicating that certain employees are extremely fatigued) and then make the just-time decisions to change those employees’ tasks before the start of the shift. For example, instead of driving a heavy-duty truck, employees might be sent to the doctor for additional testing, home to rest or to an office to complete less risky work. These new technologies create great possibilities for safe and efficient operations, but leaders should also be aware of the challenges as well.

One major challenge that companies may face is gaining buy-in from key stakeholders, especially employees. In a recent article, James Wilson gives specific advice on how leaders can encourage the adoption of these new systems. As Wilson wrote:

“Research consistently shows that using new technologies to boost efficiency alone will backfire as workers will start to resent the intrusion. Instead, companies that introduce wearables should aim for goals such as worker safety and autonomy. They should stress that the gadgets will mean fewer accidents, fewer returns to deal with and more chances for employees to solve problems themselves.”

Along with emphasizing worker safety and autonomy, any program that integrates wearables and real-time data should include targeted training, especially regarding privacy standards and the operational context.

Leslie Forman is the Director of Design & Communications at Bridgecrest Medical where she designs vertically integrated Internet of Things (IoT) solutions to help companies prevent accidents, lower insurance costs and increase productivity. Before joining Bridgecrest Medical, she spent four years in Chile where she collaborated with mining-focused entrepreneurs, served as a translator for mining investors from China and Chile, taught at top business schools and participated in Start-Up Chile, a government-backed accelerator. Her diverse background includes intensive training in user experience design at General Assembly in San Francisco, writing for multinational clients such as Bayer and Lenovo in Beijing, an internship at the American Chamber of Commerce in Shanghai, and a BA in Latin American Studies from the University of California, Berkeley. Follow her on Twitter @leslieforman.