Home / Industry Insights / How Will We Regulate the Connected Vehicle? 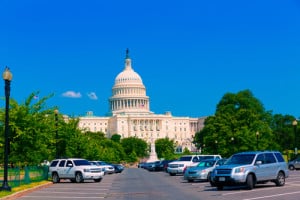 While connected and autonomous vehicles will dominate our roadways in the coming years, how will we regulate around these new technologies?

No technology is born in a vacuum, and neither are regulations. When the car was originally created, we did not have a system of signs, traffic lights, traffic police, nor driver’s education. The United States saw its 200,000 strong population of cars in 1909 balloon into 2.25 million in 1916. At the same time, cars shared the roads with pedestrians, and as a result, there were many unnecessary “catastrophes” (or what we now call “accidents”) and public rejection of the automobile.

The modern traffic management system was built slowly over time. Briefly, vehicles were limited to 5 miles per hour so they would not spook horses. There was a time policemen were asked to regulate all traffic instead of having people just know who had the right of way. Eventually, we hit upon the current system: require everyone to learn the traffic regulations before they are allowed to drive and install signs.

See also: Is the coming autonomous care age the end of B2C as we know it?

With all this in mind, we should consider what regulation is needed for the connected car to operate safely alongside non-connected vehicles and pedestrians. It would be best to predict which regulations are needed instead of creating regulations in response to problems. Technology and automotive companies, developers, and future connected car users have the opportunity to influence regulations rather than react and adjust.

Government regulation is inevitable. Even though automakers and technology firms say connected, autonomous vehicles will be safer than their manual brethren, the test phase will inevitably see cases of vehicles misreading other vehicles as part of the sky or misreading stop signs as speed limit signs. The only way to optimize an autonomous system is to have autonomous vehicles on public roads, and this carries heavy risks.

So how do you alert pedestrians and motorists that an autonomous vehicle may respond differently than a “manual” one? How many autonomous and/or connected vehicles do you allow on the streets until you are certain they are trustworthy? And how do you define “trustworthy?” These are all questions we have to answer moving forward.

There are few regulations on cybersecurity in general, and we need to start regulating vehicular cybersecurity soon. The modern-day vehicle already has dozens of “electronic control units” and the top of the line may have more than 100, and many vehicles are already connected to the Internet. In fact, Chrysler and General Motors have already had to patch out problems that allowed hackers to take over their vehicles over cellular networks. If the automakers and technology firms do not move soon, then every crash will be magnified and cyber attack scrutinized, so they need to start talking to governments as soon as possible. 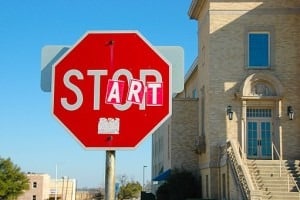 Governments should also regulate infrastructure. Autonomous vehicles will have to properly recognize the roads and signs. Vehicles will have to be able to recognize signs whether they are covered in tape or snow. Otherwise, an autonomous car may misread a stop sign because someone cut off one of the sides. One team of researchers created a program that is designed to recognize stop signs in Grand Theft Auto 5 with the aim of creating a similar program to do the same in the real world.

Autonomous vehicles have to recognize signs wherever they are, which requires standardization of traffic regulations at least at the national level and preferably the global one. While many countries have signed on to the Vienna Convention on Road Traffic, which establishes standard traffic rules, many countries such as the United States and Japan do not, and signs can differ greatly even in countries that signed the accord. Japan has stop signs which are inverted red triangles as opposed to the octagon seen in most countries around the world. Chile did sign the agreement and follows the convention of creating “mandatory” signs with blue borders, but also has “mandatory” signs with red borders, which can confuse foreign motorists.

If countries have different signage, autonomous vehicles will have to be programmed to know which countries they are in and thus how to read the signs. Standardization and regulation can make this process more straightforward and safer.

When the horseless carriage first arrived on the scene it had many critics. It was accused of filling children’s’ lungs with dust and killing pedestrians; more than a few motorists were pelted by stones. Most technology evangelists tend to see technology in a romantic light, but the autonomous car will have many critics who fear for their own safety. At the turn of the last century, regulation came about to fight accidents. This time, we should regulate proactively to ensure connected vehicles are accepted a lot more rapidly. Companies have the chance to lead through standardization as opposed to adapting to regulations, and they should take that chance.