Home / Internet of Things / Is the Coming Autonomous Car Age the End of B2C? 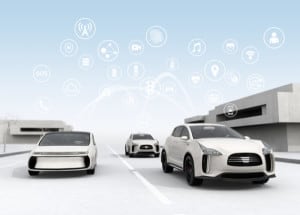 This is the dawn of a new autonomous car era, where transportation-as-a-service may rule. Who will own the consumer when this happens?

The car industry is changing. The idea that people should own vehicles dates back to the earliest days of the Ford Motor Company when the autoworkers were paid well enough to be able to buy the cars they made. The arrival of ride-sharing makes it easier for urban dwellers to get rides at low cost and quickly.

This is the dawn of a new era, one where we no longer need to own our vehicles or depend on public transportation to get around. Whether this is a passing thought or the beginning of a disruption of a market is up for debate, and we need to discuss it. Now that a quarter of U.S. millennials do not have driving licenses, we need to talk about how a populace less interested in vehicle ownership will impact the automotive industry.

To talk about where we are going we need to talk about where we are. Traditionally, original equipment manufacturers (OEMs) like Ford and Toyota source their parts from suppliers such as Magna International and Valeo to create a vehicle, and then sell the vehicle to distributors such as car dealerships, who then sell the vehicles to individuals. This is the model as it is now, and it is the latter part — the dealerships — who will be severely impacted by the shift away from car ownership. 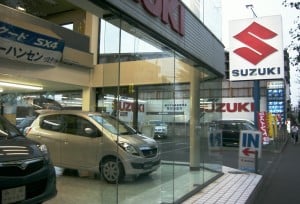 A car dealership in Japan, a possible victim of a post-ownership world.

But is car ownership dead?

This is not to say individual car ownership will cease to exist. People may choose to own cars for a variety of reasons. For example, people who shop and want a place to stash their goods may not want to put their goods in a car they do not own. Parents with small children may be wary of putting them in cars they do not control and may want to keep their vehicles, at least until they can trust their children to travel on their own.

Those with wealth may not be satisfied with luxury travel services and prefer to own their own vehicles, in an autonomous car or not, so they can access their vehicles at a whim. Therefore new businesses may open up to serve specific groups, such as people who want to be driven around in a Mercedes-Benz with an entertainment center installed in the back, people who want to ensure their children are safe, and people who want specific features such as car seats for toddlers pre-installed.

While we know there will be a shift in car sales, it is unclear what will happen. Many expect car sales to drop as a result of wider acceptance of mobility services and autonomy. The year 2016 saw the highest number of car sales overall in the United States — for the seventh year in a row. However, 2017 marked a drop. Even the luxury brands are selling fewer vehicles than they once did.

A one-year drop does not signal a trend, and a drop in car sales to individuals may not presage the collapse of car sales. But cars are traditionally driven very rarely and are parked 95% of the time. If cars spend most of their time on the road due to ride-sharing, food delivery, and in other “gig economy” roles, they will deteriorate more quickly. This means they will be replaced more often. As a result, more cars could be sold overall, with the proviso that there will be fewer car buyers than before, and those car buyers will be companies and the few people who still want or need to have their own vehicles.

This shift away from business-to-consumer (B2C) sales to business-to-business (B2B) sales will impact the market. Trucking companies, who already own their own vehicles, ride-sharing firms, and other such companies may put less stock in aesthetics and may even prefer to have branded vehicles to make it easier for people to identify their vehicles on the street, similar to taxi companies. One company may buy vehicles en masse and rent them out to a host of different firms. If that happens, then the vast majority of B2C sellers of automobiles will shut down. 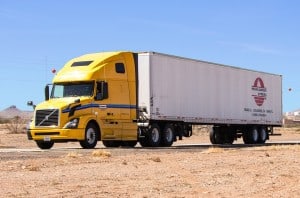 Fleet sales could be the answer, not individual ownership

Are fleet sales the answer?

If most people stop buying their own cars, the OEMs will sell cars, all possibly autonomous cars, to companies such as Fedex and Uber, while cutting out the middlemen. The most vulnerable part of the traditional car chain is the dealership, where many people buy their new or used vehicles. Many of the U.S. dealerships are owned by chains such as Sanderson Automotive and the Sam Pack Auto Group as opposed to companies more traditionally considered part of the automotive sector such as Ford and Magna International.

Traditionally people go to dealerships to look at cars they want to buy, but in an autonomous world the vehicles could come to the consumer for a “test drive.” Dealerships may be destroyed in the same way taxi companies are suffering in a post-Uber world and they will have to focus on other services- such as repair services- to survive.

If fewer people buy their own cars, it will impact a great number of organizations and markets that serve the transportation industry. Insurance companies may start to focus on making insurance follow the driver or the company instead of the car.

Companies may focus on advertising campaigns for selling mobility services instead of cars. Parking itself may change, as autonomous vehicles remain on the road to perform other tasks instead of staying parked. People who do not own their own vehicles could rent out their parking spaces, and personal charging stations, to automobile companies for some extra cash.

If all this sounds like science fiction, imagine explaining a car to a horseman from 1800, back when people had to raise, feed, train, house, and water their horses. Nowadays one can travel in a “buggy” that is heated or air-conditioned for hours at a time without forcing the car to “rest” as long as it is fully energized. The future is moving forward and we need to think ahead.