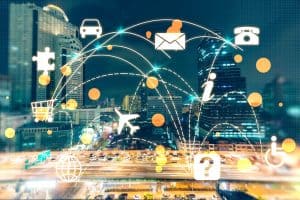 The index focuses on how citizens perceived the smart technologies, more than economic benefits.

IMD Business School has published the first edition of its Smart City Index, which ranks 102 cities based on their integration of smart technologies.

Singapore ranked first in the index. The city has received similar recognition from Juniper Research in its Global City Performance Index, 2017.

The next few cities in the index have only recently started to show real ambitions with their smart city initiatives. Zurich, Oslo, Geneva, Copenhagen, and Auckland were not on the Juniper index, but ranked 2nd to 6th, respectively, on the IMD Business School index.

Singapore and Zurich were the only cities to receive an overall rating of AAA. Taipei City, Helsinki, Bilbao, and Dusseldorf rounded off the top 10.

IMD said the index focuses on how citizens perceived the smart technologies, more than economic benefits. This is a major shift in the way cities are ranked, as previous indexes have looked at how much money has been saved or judged progress based on surveys from business leaders.

Several of the global technology hubs do not hit the top 10. London was ranked 20, with a BBB rating, while Barcelona, often ranked in the top 10, was placed 48 with a BB rating. While these cities may be deploying more smart technology, in the eyes of the team ranking the cities, they do not provide enough perceived benefit to citizens accessing them.