Home / Artificial intelligence technologies / In 2018, Get Ready for the Convergence of IoT, AI, Fog, and Blockchain 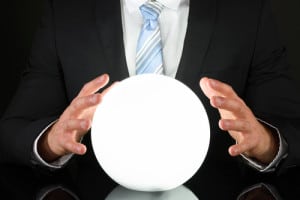 Cisco’s Maciej Kranz says 2018 will be a time when the leading technologies of today, like AI, IoT, and blockchain, will converge to power new solutions.

It’s been exciting to see the Internet of Things (IoT) evolve over the past few years, going from buzzword to business game-changer – and in the process, reshaping the Internet as we know it. Thanks to the IoT, the Internet has evolved into a real-time conduit of copious amounts of data that enterprises can analyze to improve decision making, enhance performance and increase profits. But the path to IoT hasn’t been an easy one.

Throughout the past decade, IoT has faced its fair share of barriers to widespread adoption. These roadblocks included a lack of standards and interoperability, an absence of key supporting technologies and highly fragmented market structures. For instance, in the first wave of the Internet, enterprise vendors developed horizontal offerings for a few well-defined, technology-focused buying centers.

Yet, IoT, with its many diverse markets, has shifted the paradigm to operational technology and lines of business as key buying centers, seeking solutions and services that drive business outcomes.

See also: Blockchain vs. Bitcoin — in 2018 will we finally get the difference?

The good news is that IoT is finally ready for primetime, with the number of enterprise projects doubling in 2017. We’ve also seen progress in the move to open standards, as IoT standardization, certification, and interoperability work is well underway in horizontal and market-specific standard bodies, such as the Internet Engineering Task Force (IETF) and Avnu Alliance, as well as consortia like the Open Fog Consortium. Plus, more vendors are realizing that they must change their business strategies to capitalize on IoT, and are rethinking software development, security, partnerships and go-to-market approaches.

Building on progress to date, I predict that 2018 will be a pivotal year for IoT in the enterprise. However, there’s just one catch: enterprises must understand that IoT by itself is not truly transformational. The key for IoT success in the new year will be its convergence with other up-and-coming technologies. This will take IoT from simply a means of connecting devices that generate data, to a disruptor that creates trillions of dollars in business value.

The first of these complementary technologies is artificial intelligence (AI). Recent research shows that 25 percent of organizations that have established IoT strategies are also investing in AI as part of their digital transformation efforts. That number should grow in 2018, as more enterprises understand the synergistic relationship between AI and IoT. Think of AI as the brain and IoT as the body: AI (especially machine learning) provides the intelligence, while IoT delivers the data AI needs and the physical means to act on AI’s decisions.

New opportunities created by the union of AI and IoT include predictive analytics for manufacturers, remote patient monitoring for healthcare workers and much more across vertical industries.

Get Ready for Blockchain

The third technology vital to IoT’s growth in 2018 is fog computing, which has quickly become a mainstream concept describing a distributed cloud environment. With many bandwidth-intensive IoT applications requiring real-time data processing, traditional cloud computing focused on batch processing is no longer sufficient. Fortunately, fog computing breaks down this adoption obstacle. A great example of fog computing in use involves an offshore oil rig that generates terabytes of data daily. Rather than spending days waiting for that data stream to be transmitted to the cloud, fog computing brings the power of the cloud closer to earth – real-time information can be locally processed and analyzed based on centralized policies from the cloud; only exceptions and alerts are sent through satellite.

Now let’s look at what happens when IoT is integrated with AI, blockchain and fog computing. Consider an autonomous car. Traditional data analytics, compute, security and networking solutions aren’t powerful or intelligent enough to drive a highly autonomous vehicle. But, distributed and increasingly cost-effective AI engines connected via high-speed deterministic networks inside and outside the vehicle can make decisions based on the massive amounts of high integrity streaming data made immutable by blockchain and processed by fog nodes. As a result, the vehicle can quickly, dynamically and safely navigate the roads with little to no human assistance.

And blockchain provides secure, audit-level tracking of IoT data transactions, eliminating the need for a central, trusted intermediary between communicating devices. When working together, these technologies will not only accelerate adoption but also shift IoT from its current, predominant focus on improving existing processes to creating new value propositions, new industries, and new business models. It will be these transformations that make the coming year one for the ages – and it’s about time.

Maciej Kranz brings 30 years of networking industry experience to his position as Vice President, Corporate Strategic Innovation Group at Cisco. He leads this group to incubate new businesses, accelerate internal innovation, and drive co-innovation with customers and startups through a global network of Cisco Innovation Centers. Prior to this role, Kranz was General Manager of the Connected Industries Group at Cisco, a business unit focused the Internet of Things. He built a $250M business from the ground up in 18 months, making IoT one of Cisco’s major priorities. Previously, Kranz led efforts across Cisco around Borderless Network Architecture, wireless, mobility, and the stackable Ethernet switching business through its expansion from $400M to $6B in revenues. Prior to Cisco, Kranz held management positions at 3Com and IBM. In his New York Times Best Selling book, Building the Internet of Things, Kranz offers the first practical guide on why and how business decision makers can implement IoT. His thought-leadership forum can be accessed here.