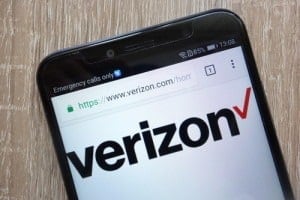 Verizon has announced Indianapolis will be the fourth U.S. city to receive the 5G home broadband service, which has already been announced in three cities.

Verizon has announced Indianapolis will be the fourth U.S. city to receive the company’s 5G home broadband service, which has already been announced for Houston, Los Angeles, and Sacramento.

The 5G broadband service can reportedly reach speeds of up to 3.7Gbps, although it’s more likely to be a similar speed to Google Fiber. Even at G Fiber speed (1Gbps), streaming video and uploading movies to the internet will no longer be an issue.

Verizon plans to launch the service in all four cities before the end of 2018, although it hasn’t said how much of Indianapolis will be covered by its new service. It also plans to launch a 5G mobile service next year, although, like with the deployment of 4G LTE, it may take a few more years to become available across the United States.

“The city of Indianapolis has been a strong partner in laying the groundwork for Verizon 5G,” said Tami Erwin, Verizon’s executive vice president of wireless operations. “We trialed 5G during the Indianapolis 500 in May 2017 and now we’re bringing next generation home broadband connectivity to residents. By becoming an early leader in 5G, Indianapolis will have a head start in seeing what this technology can do, using it to build an innovative city of the future.”

Verizon has confirmed that Apple TV 4K and YouTube TV will be supported on the 5G service. Through the Apple TV, users will be able to watch 4K videos from Netflix, Amazon Video, and other providers.

“Indianapolis is one of our nation’s leading tech and business hubs, making our community a natural location to launch innovative new technology. I applaud today’s announcement by Verizon, naming our city one of the first 5G cities in the nation and look forward to the increased connectivity for our residents,” said Indianapolis Mayor, Joe Hogsett.

“Verizon’s commitment to collaboration through investments in our city infrastructure and upgrades to venues like Lucas Oil Stadium led naturally to this next step. We expect to continue to build Indianapolis’ global reputation as a center of innovation with the rollout of 5G.”