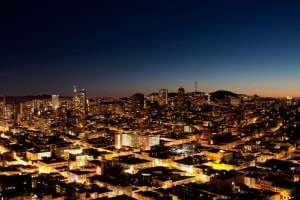 Verizon has agreed to deploy the next-generation of IT infrastructure in the San Jose area, which will include the development of a digital community.

Verizon has agreed to deploy the next-generation of IT infrastructure in the San Jose area, which will include the development of a digital community for residents and businesses, and the deployment of smart city applications.

The telecommunications conglomerate will deploy high-speed fiber and small cells, as part of the city’s Digital Inclusion and Broadband Strategy, which aims to ensure residents benefit from Silicon Valley’s innovations.

“We are continuously improving our 4G LTE network, densifying it to better serve San Jose residents, businesses, and visitors. With this relationship, we’ll provide smart city solutions that support city leaders’ desire to create a digitally inclusive and connected city that benefits all residents and businesses,” said vice president of network engineering at Verizon, Lauren Love-Wright.

Verizon said that the fiber, small cell, and smart city deployments will lay the groundwork for the eventual 5G deployment in the city. 5G is expected to roll-out in major cities and tech hubs within the next 10 years, although some experts say there needs to be massive investment in infrastructure to support speeds above 1Gbps.

“I’d like to thank Verizon for this large investment towards improving service for our residents and businesses, and for their sizable contribution into our Digital Inclusion Fund. We are excited to work with Verizon to lay the foundation for future technology growth in San Jose and achieve our Smart City Vision.”