Home / Internet of Things / India’s BSNL Teams Up with Softbank, NTT for 5G and IoT 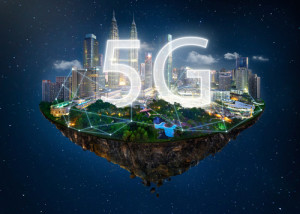 BSNL also recently entered into a 5G partnership with Cisco.

India’s state-run telecom operator BSNL has teamed up with Softbank and NTT Communications to bring 5G and IoT technology to India. According to the Economic Times, under the agreement, BSNL will look at smart cities solutions and will collaborate with Softbank on satellite constellation. Softbank has close to 900 satellites to provide high-speed internet worldwide.

Also this month BSNL signed an agreement with Cisco. The two companies will work together to develop 5G use cases and demonstrate how 5G can be used in utilities and public services. Cisco plans to make several investments in its “country digital acceleration” program in India and they’ve agreed to create a dedicated location for BNSL to show how 5G can be used in healthcare, education, and agriculture. Artificial intelligence, surveillance, and IoT technologies will also be showcased.

“The auction of spectrum for 5G services is likely to happen in the second half of 2019. The country’s Department of Telecommunications (DoT) said it expects local carriers to have at least one year to carry out 5G trials before the government awards 5G frequencies. The authorities said the DoT will give experimental licenses for telcos to develop 5G testbeds,” said India’s Telecom Secretary Aruna Sundararajan.

See also: Indy the latest city to get Verizon’s 5G

A 5G panel in India asked local governments to create guidelines on regulatory matters for the auction by March of next year. The Department of Telecommunications is considering providing financial support to operations to help ease the costs related to deployment, including backhaul, site acquisition, and other related costs.