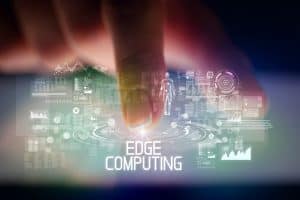 Today, it is critical to increase the installed base of developers that can build and deploy applications infused with AI models.

Intel and Udacity, a provider of online educational services for IT professionals, today launched a program through which they will bestow a degree to developers that learn how to employ deep learning algorithms and computer vision to create artificial intelligence (AI) applications for edge computing platforms.

The Intel Edge AI for IoT Developers Nanodegree program to foster, for example, the development of next-generation Internet of Things (IoT) applications, is built around a distribution of the open-source OpenVINO toolkit that is used to build applications that can emulate human vision.

See also: 5 Places to Take Online AI Courses While You Ride Out COVID-19

Developers to pass the course will be required to complete three real-world projects that will be judged by the Udacity reviewer network, after which they will be awarded a degree from Udacity. For developers that can’t commit to a full program, Intel and Udacity will continue to make available Intel Edge AI Fundamentals with OpenVINO, a free sub-set of the content from the nanodegree program that does not include actual projects or technical mentor support.

The two companies expect it should take developers about three months to complete the degree program, which Formica says should increase the number of certified AI developers that organizations can potentially hire.

Intel expects edge computing platforms infused with AI to drive an additional $30 billion in processor revenue alone, so Formica says it’s critical to increase the installed base of developers that can build and deploy applications infused with AI models.

In some cases, Formica says edge computing platforms with built around a new system but it’s also just as likely AI capabilities will be added to systems, such as point-of-sale (PoS) platforms, that have already been deployed at the edge. In addition, there will be edge computing systems that take advantage of other classes of processors from Intel, such as field-programmable gate arrays, that complement or extend a core x86 platform, noted Formica.

Systems based on processors from Intel are the most widely employed today to run the inference engines on which AI models depend to run in a production environment. The dominant platform to train the AI models themselves are based on systems running processors for NVIDIA. Obviously, both Intel and NVIDIA harbor ambitions to supplant each other in the AI platform categories each dominates.

Regardless of the underlying platform employed, it’s apparent more organizations will be looking to automate a wide range of processes in the wake of the COVID-19 pandemic. Those AI applications in some cases will replace full-time employees while in other instances they will be used to augment existing personnel as part of an effort contain headcount by increasing efficiency. Whatever the motivation, the one thing that is clear is most organizations at this point will need to make significant investments in AI if they hope to survive and eventually thrive during these increasingly turbulent economic times.