Home / Internet of Things / Who Holds the Keys to IoT? Developers 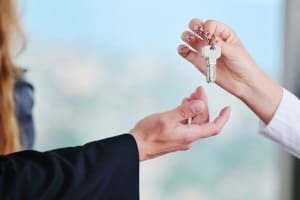 Developers are key to the success of a platform. A recent survey shows that at over 6 million, the number of developers in IoT is strong and growing.

There are a lot of different players in the Internet of Things and real-time data space, from engineers to product designers to data analysts and data scientists. However, as with many aspects of technology, the eventual success of IoT depends on one key group: developers.

That’s why it’s a big deal when it’s found that developers are beginning to coalesce around the IoT. A new survey from Evans Data Corp., which has been tracking development trends for almost two decades, finds there has been a 34 percent increase in the number of developers working on IoT projects in the past year.

In total, Evans counts at least 6.2 million IoT developers worldwide. In addition, the increase of development for mobile devices, up 14 percent since last year, has led to smartphones being the most commonly connected IoT platform.

As Steve Ballmer and Steve Jobs both understood, a technology platform will die on the vine without having an interested developer community to keep adding applications and functions that will sell in the market. A little closer to home, real-time operating system (RTOS) vendors, who provide embedded solutions, have long known their ultimate fate was tied to the active interest of developers, even more so than the speed of their products. No applications, no interest from the market – simple as that.

Of course, there are still many different standards, use cases and approaches to IoT, with each vendor taking a different slant on their solutions. Until there is greater standardization, it’s likely there will be intense competition for the hearts and minds (yes, and stomachs) of the developer community. The good news is that with the big data, mobile and cloud activity swirling around, developers already have much of the expertise and experience they need, and won’t require a steep learning curve. Remember, developers are crazy busy as it is, but they still need to also take time to learn the latest languages, standards and techniques.

So, it’s important to take good care of your developer friends, and give them as much space and time they need to get IoT and real-time right. They hold the keys.

Sorting Out the Five Faces of IoT