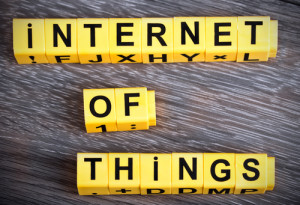 Java is the language of choice for IoT programming, but developers worry about security and interoperability.

The IoT technologies now in use for today’s IoT efforts were recently explored in a comprehensive survey of 713 tech professionals, drawn from the Eclipse Foundation and IEEE development and engineering communities. The survey, co-sponsored and conducted by members of the Eclipse IoT Working Group, IEEE IoT, AGILE IoT and IoT Council, provides a clear snapshot on what tools, platforms and solutions are most in use today to build IoT solutions.

For starters, IoT isn’t just some imaginary futuristic endeavor dreamed up by analysts and vendors. It’s happening, in many places. In the survey, 42% indicate their companies already work with or deploy IoT solutions today. Another 32% say they will be doing so over the next 18 months. Many are personally involved — 35% report they are now building IoT-related solutions for their companies, and 20% are researching the methodologies.

Can you speak IoT? Languages and hardware

The language of choice for building IoT-enabled systems is the Java programming language, employed by 61%. The C language is also popular for IoT projects, used by 61%. C++ is the choice of 48%, while 47% prefer Python. At the operating system level, Linux is the most popular OS, used by 82% of IT respondents. Another 28% are Windows shops. About one in five (18%) also use FreeRTOS, a real-time operating system developed by a consortium of chip manufacturers to power microcontrollers and small microprocessors.

Hardware associated with IoT implementations include sensors, used at 87% of sites, along with actuators (51%), gateways and hub devices (50%), and edge node devices (36%).

Software that is part of IoT initiatives include data analytics (53%), mobile apps (40%), integration with existing back-end systems (44%), and cloud-hosted applications (44%).

The survey also explored some of the issues holding back IoT from its full potential. Security continues to be a major concern with IoT enablement, with close to half of the IT professionals surveyed, 47%, say this is their number-one concern. Security worries have not eased at all since the first survey in 2015, when 44% expressed concern.

Interoperability between systems is the second-leading concern, cited by 24%, however, it appears IoT adopters are getting a better grip on this challenge – down from 31% in the survey two years ago. Connectivity as a concern followers at 21%. Another 19% are concerned about their ability to connect with the various forms of hardware seen across networks.

Why gateways and controllers are critical to IoT architecture