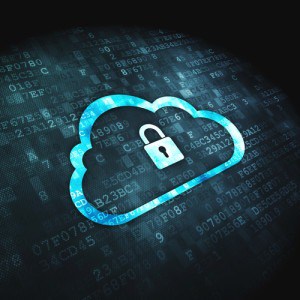 Keysight Technologies’s Ixia team has released their Ixia 2018 Security Report. The downside of the cloud and the dangers of crypto-jacking are issues.

The cloud is throwing shade on enterprise IT security, says Keysight Technologies’ subsidiary Ixia in their 2018 Security Report.

This report shares the company’s primary security findings throughout the past year from its Application and Threat Intelligence Research Center. The report analyzes the increasing exposure to cybersecurity risks as enterprises manage more of their workloads inside the cloud.

This is the second annual Ixia 2018 Security Report, and it comes as a result of the company’s vast experience in network security testing, along with the company’s dedication to network and cloud visibility. This level of expertise has allowed Ixia to intensely study an enterprises’ increasing network attack surface, as the perimeter of the traditional enterprise expands into the cloud.

Jeff Harris, vice president, portfolio marketing, Keysight Technologies, shares, “Enterprises are now running business-critical applications and services in the cloud, and this report highlights the need for changes in the way enterprises secure their data and applications. Operating in the cloud changes security requirements. Enterprises need a strong security regimen that includes continuous testing as well as visibility down to the packet level to identify and control malicious behavior before it impacts their business.”

Some of the main discoveries from the 2018 Security Report are that cloud security and compliance are big priorities in 2018. Security teams have been impacted by the dominance of cloud, as they attempt to deliver effective security within a hybrid, ever-changing, on-demand environment. And, it’s no wonder that this is a main focus, because the gap between cloud operations and security operations is increasing.  As cyber attacks evolve, more focus needs to be placed on visibility and detection.

This year, crypto-jacking is a big concern.  In fact, AdGuard researchers have shared that more than 500 million PCs are secretly being used for crypto-mining, and the profit made by hackers can be very large. Some would think that encryption is the answer, yet hackers are exploiting the encryption trend by hiding malware in encrypted streams.

Ixia’s parent, Keysight Technologies, assists governments, enterprises and service providers with accelerating innovation to connect and secure their assets. To read the full report, you can visit this website: https://www.ixiacom.com/resources/2018-security-report