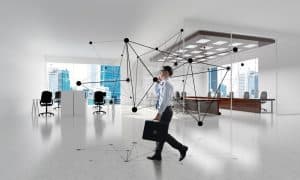 The GSM Association has announced the global availability of Mobile IoT or Low Power Wide Area (LPWA) networks from all leading IoT operators.

Fifty different operators in 49 markets worldwide have executed 93 LTE-M and NB-IoT launches. The GSMA expects coverage to reach 93% of the world’s largest IoT markets by Q2 2019 and projects 3.5 billion cellular IoT connections by 2025.

So far there have been 68 NB-IoT launches in 45 and 25 LTE-M launches in 19 markets, supported by a network of 47 Open Labs. Recent launches include:

“The speed with which these networks have been standardized and deployed around the world is staggering. They are now available in every major IoT market encouraging the development of innovative new products and services across a wide range of sectors,” says Alex Sinclair, Chief Technology Officer, GSMA. “The market clearly sees the benefit of solutions in licensed spectrum that offer flexibility, adaptability, security and lower cost. They are also future proofed for the 5G era and will support and co-exist with other 5G technologies.”

The organization also announced that its Mobile IoT Innovators community now boasts 2,100 developers from over 1,300 companies. The community includes vendors, developers, manufacturers and operators and supports the creation and development of new products and services that use LPWA technologies.