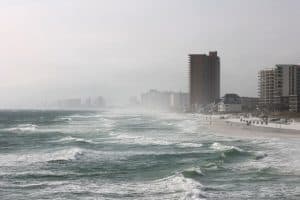 Alongside improving the overall accuracy of hurricane warnings, the machine learning model may be better at providing real-time details on the hurricane’s progress.

Deploying machine learning to hurricane prediction ensembles could lower errors and improve medium-term (four to six-day) forecasts. That’s according to a new study by researchers at Penn State’s Institute for Computational and Data Sciences, the developers of the model.

Essentially, the model is able to recognize patterns in the ensembles, while removing certain groups that are erroneous. Through this, forecasters are able to understand the hurricane’s path and potential far before the event, potentially saving homes and lives.

“The models are run slightly differently many, many times to create an ensemble of possible future states of the atmosphere. It’s this ensemble that is given to the forecasters,” said Jenni Evans, professor of meteorology and atmospheric science at Penn State.

“We’ve used advanced statistics and machine learning to try to break down 120 forecasts into between four and six clusters where each cluster represents a distinct prediction of the evolution of the storm from all of the other clusters.”

Alongside improving the overall accuracy of hurricane warnings, the machine learning model may be better at providing real-time details on the hurricane’s progress and any changes in velocity. This could be brought down to a much more granular level, providing individual homeowners with clear optics on the hurricane’s trajectory.

“These storms are generally more difficult to predict because their environment changes so much through their lifetime,” said Evans.