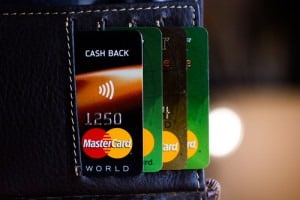 Mastercard, in collaboration with Microsoft, has announced a global trading platform infused with analytics that is intended to make business-to-business (B2B) transactions as frictionless as a consumer purchase.

Developed and deployed on the Microsoft Azure cloud, Mastercard Track is a supply chain management platform that can be employed to onboard new suppliers in as little as one day, says Carlos Menendez, president of enterprise partnerships for Mastercard. The decision to ally with Microsoft on Azure was based in part on the global reach Microsoft has with organizations around the world, adds Menendez.

Core to the Mastercard Track service is the not only the data Mastercard collects about suppliers, but also the relationships Mastercard has established with a total of nine B2B networks and payment services, including Basware, Birchstreet, Coupa, the Infor GT Nexus Commerce Network, Ivalua, Jaggaer, Liaison Technologies, Tradeshift and Tungsten Network.

Scheduled to be generally available early next year, Mastercard Track will initially provide access to a secure, permissioned repository of over 150 million company registrations worldwide. That directory will integrate feeds from more than 500 compliance lists, including those that have achieved General Data Protection Rule (GDPR) compliance, to make the screening and onboarding of suppliers more efficient.

MasterCard also plans to extend Mastercard Track to enable banks, insurance companies and technology providers to extend value-added services to business customers, such as enhanced data analytics and trade finance. For example, Mastercard Track has also been integrated with the National Trade Platform in Singapore, a digital trade ecosystem that tracks the logistics of goods across a supply chain.

Access to data and payment histories provided via analytics applications integrated with MasterCard Track will reduce what is estimated to be $500 billion a year in administrative costs, says Menendez.

Part of that cost savings will also be generated by the ability to make Mastercard Track a natural extension of existing enterprise resource planning (ERP) and purchase order systems versus requiring organizations to deploy dedicated supply chain management and install complex B2B networks in an on-premises environment.

Mastercard view B2B transactions as an untapped opportunity to expand the scope of its service well beyond consumer transactions, says Menendez.

“B2B transactions as a category are 5X bigger than consumer transactions,” says Menendez.

Mastercard doesn’t envision MasterCard Track replacing existing supply chain management applications that are widely employed by Fortune 1000 companies to buy goods on a large scale from critical suppliers, says Menendez. Instead, Mastercard expects companies of all sizes to acquire a wide variety of goods and services, such as PCs, that are acquired on a more occasional basis, says Menendez. Small-to-medium businesses that typically can’t afford to buy their own supply chain management applications may rely more om Mastercard Track than larger enterprises, adds Menendez.

Large swaths of those B2B transactions are still conducted using paper-based systems that are estimated to involve $58 trillion in transaction each year. Given the lack of widespread adoption of existing B2B trading networks, Mastercard sees an opportunity to not only connect companies around the globe, but also provide unprecedented levels of visibility into B2B transactions, says Menendez. In fact, Menendez notes Mastercard last year acquired Brighterion to gain access to machine learning algorithms that they are now employing across all its systems to combat fraud.

It’s unclear what impact Mastercard Track will ultimately have existing B2B network such as SAP Ariba. But the one thing that is clear is that Mastercard’s “priceless” marketing slogan now extends everything both consumers and businesses want to buy.