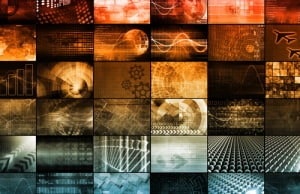 The report by McAfee also found that the cybercriminal underworld is generating 480 new malware threats per minute.

The McAfee Labs Threats Report: December 2018 found that the prevalence of cryptomining and IoT malware has not decreased. In fact, both rose over 70% in Q3 2018. Cybercriminals currently generate nearly 500 new security threats a minute. IoT malware rose 73% and cryptocurrency mining malware rose 71% despite the fact that many of the most popular cryptocurrency values have declined.

The takedowns of dark markets Hansa and Alpha have had a rippling effect on the cybercrime world as cybercriminals find alternative places to evade detection and law enforcement.

See also: Malware takes a 36% bite out of IT budgets

“Cybercriminals are eager to weaponize vulnerabilities both new and old, and the number of services now available on underground markets have dramatically increased their effectiveness,” said Christiaan Beek, lead scientist at McAfee, in a statement. “As long as ransoms are paid and relatively easy attacks, such as phishing campaigns, are successful, bad actors will continue to use these techniques. Following up-and-coming trends on the underground markets and hidden forums allow the cybersecurity community to defend against current attacks and stay a step ahead of those in our future.”