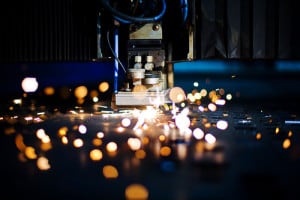 What are the implications of this new arrangement for the Industrial IoT?

For starters, it swings the weight of one of the world’s largest tech companies behind GE’s vision of the industrial IoT (IIoT). To date, the overall Internet of Things has been a sprawling free-for-all of standards and protocols, each tailored and configured to individual vendors and manufacturers. There are standards bodies and proponents, such as the Industrial Internet Consortium, that have been pushing for greater standards and interoperability. But with so many cats to herd, the job is a big one.

As Dr. Shi-Wan Lin of Thingswise and Bradford Miller of GE recently explained in a recent article posted by IIC, some industrial assets “were built without any consideration of being connected to a broader network while some others were equipped with one version or another proprietary communication protocols. Moreover, many new sensors are being attached to the existing industrial assets to gain better insight on their operations. How to provide connectivity to the assortment of new sensors made by different vendors with proprietary specifications is another big challenge.”

The key is make these connections easy and intuitive for companies seeking to leverage the IIoT. When it comes to introducing user-friendliness, only two tech companies have a track record of re-inventing the technology space – Microsoft and Apple.  In this regard, Microsoft is more well-established in the corporate sector as the system of choice for a range of back-end computing requirements. It is through Microsoft technology that most computing functions – from ERP to business intelligence to front-end controls – have been made highly visual and accessible to any and all users.

The tech giant, in fact, promised to do the same for GE’s Predix platform. Microsoft said it intends to offer Predix customers “access to the largest cloud footprint available today, along with data sovereignty, hybrid capabilities, and advanced developer and data services. In addition, GE and Microsoft plan to integrate Predix with Azure IoT Suite and Cortana Intelligence Suite along with Microsoft business applications, such as Office 365, Dynamics 365 and Power BI, in order to connect industrial data with business processes and analytics.”

It’s notable, too, that Microsoft only makes moves into market spaces when it senses commodity computing opportunities. That is, when an area of technology is ripe for disruption from a high-end expensive pursuit to one available at a reasonably low cost to the masses, you will see Microsoft move in. This suggests that IIoT may soon become more ubiquitous and affordable to all – perhaps even smaller companies, such as machining shops or local fabricators, which may not have been able to consider IIoT before because it was only seen as the luxury of GE-size operations.

The two companies have promised to lay out their roadmap in more detail over the coming months, with developers gaining access toward the end of this year, and Predix on Azure becoming commercially available by the second quarter of 2017.

Why the industrial IoT needs semantic standards: an interview with IIC’s Soley

An internet of broken things?