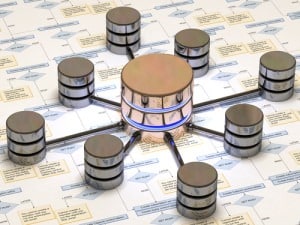 Rolled out at their annual conference, MongoDB’s strategy should enable better deployment of both analytics and transaction-based applications.

See also: 3 ways real-time and streaming analytics could evolve in 2018

In addition, they announced it has developed MongoDB Mobile. Available in beta, this new offering allows organizations to deploy a document database either on a mobile device running Apple iOS or Android operating systems as well as out to the network edge to drive Internet of Things (IoT) applications.

MongoDB, Inc. also revealed that it has added Global Clusters support to Atlas, a managed service implementation of the company’s document database, that enables organizations to now apply policies to determine where specific data sets can be stored in geographically distributed applications.

As well, they announced that MongoDB Stich, a serverless computing framework, is also now generally available. That serverless framework is designed to make available a Stitch QueryAnywhere service that extends the MongoDB document model and query language by invoking a rules engine that also serves to enforce security policies. Stitch Functions allow developers to execute JavaScript functions in the Stitch’s serverless environment, while Stitch Triggers are real-time notifications that automatically invoke functions in response to changes in the database.

There’s also a Stitch Mobile Sync service available in beta that automatically synchronizes data between documents stored locally in the newly announced MongoDB Mobile and the backend database. Collectively, these offerings serve to advance the level of enterprise application scale that MongoDB can support, says Eric Holzhauer, principal manager for strategy and product marketing at MongoDB.

Document databases as part of the so-called NoSQL movement have gained popularity with developers largely because in the absence of a need to create a schema a developer is no longer dependent on a database administrator to gain access to data stored in a relational database. Now MongoDB is attempting to extend the reach of its open source database into the realm of transactions that typically run on a relational database.

The DBAs that manage all those relational databases could then take on data management tasks that add more value to the business, adds Holzhauer.

“It creates an opportunity for the DBA to take on new roles,” says Holzhauer.

It’s too early to say to what degree document databases will usurp relational databases. But it’s clear that in the last few years developers have been voting with their code to deploy more applications on document databases. The question now isn’t so much whether that trend will continue, but rather how the rest of enterprise will adjust to new data management reality.