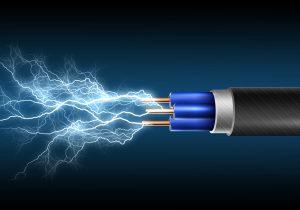 NIST released an updated version of its Smart Grid Framework, which focuses on interoperability and security standards.

Talk about a case of perfect timing. Last week, just as a cold snap crippled Texas’s power grid, the National Institute of Standards and Technology (NIST) released an updated version of its Smart Grid Framework.

Specifically, the new release is a framework and roadmap for smart grid interoperability standards. The NIST report for the release noted that “significant grid modernization has occurred in recent years, but the proliferation of technology and associated standards have only modestly improved interoperability.

In the current market, interoperability remains a critical yet underdeveloped capability of the power system. The operability situation is likely to get worse with no actions. As NIST noted: “The expansion of distributed energy resources and other technologies, along with changing customer expectations, have complicated the interoperability challenge.” Hence the need for improved interoperability.

Eyeing the near future, NIST observed: “As society modernizes the physical mechanisms by which we produce, manage, and consume electricity, strategies for system operations and economic structure will diversify. This diversification will benefit from — and eventually rely upon — enhanced interoperability.”

Smart grids will need a structured approach to system security. Ensuring systems are safe will additionally require testing and certification. To address all these issues, NIST proposes Interoperability profiles. The profiles are to be built from existing informational interoperability standards. Additionally, these profiles describe a subset of requirements that would ensure interoperability across devices and systems when implemented and verified through testing and certification.

The new revision of the NIST Smart Grid Interoperability Framework uses evolving technology and power system architectures as the basis for describing a new set of interoperability perspectives.

Models in the framework are intended to aid in the understanding of interoperability and other smart grid concerns. It also includes an ontology for the smart grid that provides reference language that stakeholders can use to clarify communications.

Such guidance will be critical as electric grids become more distributed, incorporate a greater variety of energy sources, and further transition from analog to digital systems.  Perhaps smart grids of the future could more easily detect emerging problems and avert the outages that we witnessed last week.