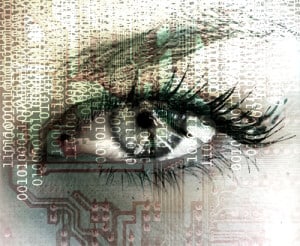 NordVPN is among the latest tech companies to sound the alarm against the dangers of allowing governments backdoor access to locked smart devices.

NordVPN is among the latest tech companies to sound the alarm against the dangers of allowing governments backdoor access to locked smart devices.

The ongoing debate has pitted tech giants like Google and Apple against government policing agencies who claim they need backdoor access to smartphones and other devices to fulfill their security mandates.

The debate recently heated up when Canada joined its other allies on Five Eyes, an intelligence-sharing network that also includes Australia, New Zealand, the U.K., and the U.S., in a renewed call to create backdoors for smart devices.

In response to this move, NordVPN issued a press release arguing that it would be an unsafe, ineffectual move, resulting in more security problems, not less.

“It seems that the demands for backdoors are being made by governments that have little understanding about the way technology works,” said Ruby Gonzalez, Communications Director at NordVPN. “It’s impossible to build backdoors into smartphones and other devices without jeopardizing the overall security of that device.”

See also: Expect cybersecurity costs to rise over 30% next year

In spite of these concerns, Gonzales said in the release that she’s worried governments may eventually get their way.

“We are really concerned about the forcefulness of the Five Eye governments and a threat that if tech companies don’t collaborate, they will force backdoor upon them,” Gonzales said. “It’s also important to note that if some countries do pass such a law, device makers might entirely withdraw their products from these markets.”

The release also warns that these measures may not be enough if backdoors are eventually initiated.