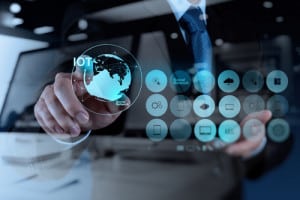 Last year, Orange Belgium invested in new IoT technologies based on international standards, and now they’ve announced their new IoT network, powered by Narrow Band-IoT (NB-IoT) and LTE-M technologies, has reached 100% coverage throughout the country, indoors and out.

The technologies allow millions of everyday objects to connect to the IoT. Their low power operation extends battery life by up to 10 years.

“The choice for Mobile IoT technologies is future-proof as it is fully consistent with the future evolution towards 5G. It will then be possible to connect objects that require very high reliability, like for the remote control of critical devices and automation processes,” says Gabriel Flichy, Chief Technology Officer of Orange Belgium. “Today we are already using our Mobile IoT network together with the Flemish government for a project with connected bikes in collaboration with our partners Huawei and Sensinxs.”

See also: How to pick the right IoT network? Nokia weighs in.

He added IMEC is testing a smart plug project as part of Antwerp’s City of Things program and that “we have teamed up with CommuniThings for smart parking solutions.We invite all application developers, system integrators, and early adopters to test the advantages of Orange Mobile IoT network.”

According to Orange, NB-IoT and LTE-M wok well with IoT applications. They enable full bidirectional communication between the object and the network allowing firmware software updates over the air, and they have the best possible mobile coverage (up to +20dB compared to 2G/4G coverage), considerably improving signal penetration inside buildings.

As well, these networks can rely on a guaranteed connectivity abroad (roaming) on other operators’ Mobile IoT networks, and they are also the safest solution for IoT connectivity as it operates in licensed spectrum. Moreover, SIM cards offer secure connections thanks to LTE networks’ unique capabilities in terms of authenticating and encrypting the data in transit.