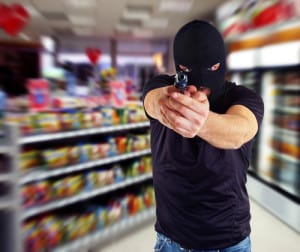 How gunshot-detecting sensors located throughout cities can reduce firearms violence.

Anyone reading local news reports from major urban areas will see, on a daily basis, grisly reports of gun violence, especially in inner-city neighborhoods. Often it’s difficult for police to respond quickly to shootings: By the time the police receive a 911 emergency call, they’ve already lost time that could be used to locate the crime scene, secure evidence, or save lives. When responding to shootings, having access to the most precise, detailed, and timely data helps law enforcement deter gun violence.

To track gun violence in real time, a number of police departments have turned to SST, Inc., makers of ShotSpotter Flex, a provider of gunfire detection and location technology. The subscription-based service notifies law enforcement agencies, in real time, of any gun crimes in progress. The system delivers up-to-the-minute intelligence— including the location of the shooting, number of shots fired, number of shooters, as well as audio snippets of confirmed gunfire—to dispatch centers, police cars and smart phones.

ShotSpotter is a cloud-based service that leverages the Internet of Things. The service relies on a series of gunshot-detecting sensors located throughout cities. The system is managed on the Jasper Platform, designed to manage and monitor IoT networks.

When public safety is on the line, the ability to quickly diagnose device issues becomes a priority. “Precision and accuracy are everything to us,” explains Clark. “We notify law enforcement of active shooter scenarios and send those officers into situations where people have little regard for human life. We’re dealing with thousands of endpoints that are performing a very valuable service on behalf of our public safety customers. These sensors have to be up and running 24/7, 365 days a year.”

Real-time alerts help SST understand exactly why devices aren’t responding and take timely measures to address the problem. “Many times it has nothing to do with the network,” comments Hawkins. “Perhaps it’s a localized power outage in a building where devices are installed.” A control center “gives us an alert, telling us we lost communication with certain devices. We can quickly roll a truck and restore service before any customer-effecting degradation has occurred.”

Before implementation of the platform, all networked sensors were managed manually, says Joe Hawkins, senior vice president of operations at SST. “We maintained spreadsheets of all of our devices. We had to connect into each one individually with no unified view of what our network looked like.” Previously, unless customers reported problems, SST had no visibility into whether sensors in the field were working correctly. Managing data plans and controlling how much SST was spending on data over different carrier networks also presented challenges. “We were pretty much blind to it,” says Hawkins. With the new implementation, “we now have the ability to monitor our data usage in real time and even get automatic alerts when we’re approaching the caps of our data plans—so we can make sure we’re maximizing the plans we have and not incurring cost overruns by exceeding data usage thresholds,” Hawkins adds.

SST states that the City of San Francisco reports an approximate 50 percent decrease in recorded firearms violence since deploying ShotSpotter as part of their gun violence-abatement strategy.

Frontiers in Artificial Intelligence for the IoT: White Paper
Why the Utility of the Future Is Real-Time
Research from Gartner: Real-Time Analytics with the Internet of Things
Lavastorm: How to Get a Handle on Fast Data
5 Key Considerations for Operational Intelligence