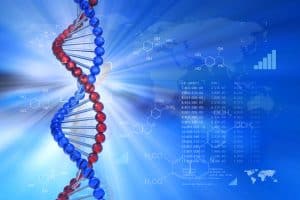 More than four out of five (82 percent) surveyed pharma companies believe quantum computing will impact the industry within the next decade.

Quantum computing is being eyed to accelerate computations in a variety of applications. While many routine computational workloads are well-served by traditional high-performance computing (HPC) systems, quantum computing offers advantages for certain classes of applications. One category that it appears can greatly benefit is pharmaceutical research. Specifically, leading organizations in the field hope to use the technology to accelerate drug discovery and the development of new therapies.

One sign of the growing adoption in the life sciences was an announcement last week of a collaborative agreement between Boehringer Ingelheim and Google Quantum AI (Google). The two will focus on researching and implementing cutting-edge use cases for quantum computing in pharmaceutical research and development (R&D), specifically molecular dynamics simulations.

See also: Quantum Computing: Coming to a Platform Near You

In making the announcement, the teams noted that while the technology is still new, there are opportunities to make significant advances. “Quantum computing is still very much an emerging technology,” said Michael Schmelmer, Member of the Board of Managing Directors of Boehringer Ingelheim with responsibility for Finance and Group Functions. “However, we are convinced that this technology could help us to provide even more humans and animals with innovative and groundbreaking medicines in the future.”

The work here is yet another part of wide-ranging Boehringer Ingelheim technology investments in a broad range of digital technologies. Those investments encompass key areas such as Artificial Intelligence (AI), machine learning, and data science to better understand diseases, their drivers and biomarkers, and digital therapeutics.

With respect to potential advances using quantum computing, the technology has the potential to accurately simulate and compare much larger molecules than currently possible with traditional (HPC) systems. “Extremely accurate modeling of molecular systems is widely anticipated as among the most natural and potentially transformative applications of quantum computing,” said Ryan Babbush, Head of Quantum Algorithms at Google, when the news was announced.

Using the technology in pharmaceutical research will require new compute systems, software, and expertise. As such, adoption is still in its early stages. A survey conducted last year by the Pistoia Alliance, the Quantum Economic Development Consortium (QED-C), and QuPharm found almost one third (31 percent) of life science organizations were set to begin quantum computing evaluation in 2020. A further 39 percent are planning to evaluate this year or have the technology ‘on their radar,’ while 30 percent have no current plans to evaluate.

The three organizations have established a cross-industry Community of Interest (CoI). The aim is to explore opportunities for the technology to enhance the efficiency and effectiveness of biopharma R&D. The CoI aims to support companies that need help navigating the pathway to quantum computing.

While we are still in the early stages of this new technology becoming available, there are great expectations of its importance. That same survey found that more than four out of five respondents (82 percent) believe quantum computing will impact the industry within the next decade.