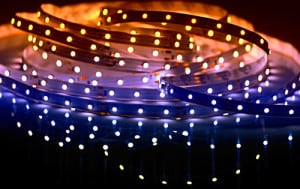 Smart home security company Ring has acquired smart LED company Mr. Beams.  The acquisition will allow Ring to integrate smart, energy efficient lights into its current crop of security devices and to create a line of standalone security lights called Ring Beams. Ring’s goal is to reduce neighborhood crime, a goal that began with the company’s first product, the Ring Video Doorbell, an IoT device that allows the user to see who is at their door. It sends both video and sound to any device via an app and allows the user to respond. The device also records video for later viewing.

Mr. Beams offer affordable and user-friendly smart lights that can be installed anywhere in the home. Ring says the acquisition will help them further their plans to create and provide a full “Ring of Security” around homes and neighborhoods.

See also: Edge vs. cloud — 5 factor that determines where you do analytics

Jamie Siminoff, Founder and Chief Inventor of Ring said: “David, Mike, and the whole Mr. Beams team have built a strong business and created a line of impressive technologies and patents around what we believe is the future of outdoor security lighting. This, coupled with our shared commitment to reducing crime in neighborhoods, makes Mr. Beams a perfect fit for Ring. The Mr. Beams team and the Ring family are already hard at work focusing on making neighborhoods safer.”

David Levine, CEO of Mr. Beams, said: “The Mr. Beams brand was built around improving home safety and security by providing bright, wireless, motion-activated lights that can be placed virtually anywhere. Over the past several years, we developed new technologies and a strong patent portfolio that will now serve as perfect complements to Ring’s security devices and cameras. We are pleased to join Ring’s team of very talented individuals committed to making neighborhoods safer.”

The company says Mr. Beams will continue to operate independently and new products will be released under both brands. The Ring Beams line of products is expected to be available in mid-2018.