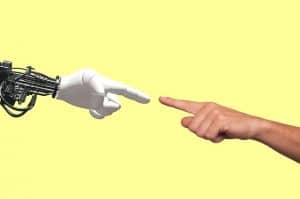 RaaS use cases include delivery, cleaning, and hospitality robots, as well as robots for factory automation, security, agriculture, and more.

Robotics-as-a-Service (RaaS) is gaining favor as a way to support intelligence automation by leveraging the compute power of cloud instances. It has use in many Internet of Things (IoT), autonomous vehicles and equipment, and robotic process automation applications.

The cloud robotics market, which includes RaaS and Software-as-a-Service, for robotics operations will grow from $3.3 billion in 2019 to $157.8 billion in 2030, according to ABI Research. That segment accounts for 30 percent of the robotic industry’s total worth.

Some of the main use cases for RaaS include delivery, cleaning, and hospitality robots, as well as use in factory automation, warehouse automation, security, agriculture, hospital assistant, and more.

In addition to RaaS, interest in robotics (in general) and robotic process automation is growing in a variety of fields and markets.

Revenues for robotic process automation are forecast to grow by 61 percent year-on-year to 2024, according to UK-based market research firm Technavio, adding $750 million in value.

The market is still heavily fragmented, with multiple operators offering similar solutions. This fragmentation will decelerate in the next few years, according to Technavio, as large vendors acquire smaller and less successful vendors pull out of the market.

Within the broad robotics market, there are many smaller segments that are experiencing large growth. For example, the worldwide sales of robotic lawnmowers, pegged at $1.3 billion this year, are expected to grow at a 12 percent compound annual growth rate through 2025. As noted in a Research and Markets study noted that the market demand for medium-sized mowers is growing slowly across the world as some have “adopted commercial robotic mowers in a bid to reduce dependence on manual labor and traditional lawnmowers.”

According to Research and Markets:

“The non-smart segment is expected to reach over $2 billion in 2025 during the period 2019−2025 on account of the low costs of basic models among consumers. The non-smart robotic lawn mower market share is expected to decline owing to the increasing popularity of smart models.

The smart segment is expected to reach 344.22 thousand units by 2025. In the era of Industry 4.0, the garden equipment industry is increasingly heading toward a world of machine learning and artificial intelligence. Robotic lawnmowers can leverage the benefits of machine learning to achieve greater efficiency, enhance product quality, and optimize workflows.”