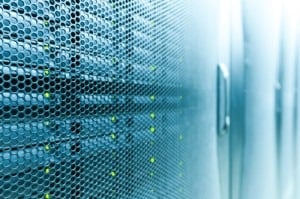 SAP and Cisco tie up to offered converged platform for containerization.

SAP at the SAP TechEd 2018 conference announced an alliance with Cisco, under which SAP Data Hub software will be bundled with the Cisco Container Platform, an instance of a hyper-converged platform optimized for containers that Cisco developed for on-premises IT environments in collaboration with Google.

SAP Data Hub leverages Kubernetes container orchestration and run-times to make it possible to connect data pipelines throughout the enterprise regardless of where data resides. To make it simpler to deploy SAP Data Hub in a more turnkey fashion SAP is now partnering with Cisco to make it possible to deploy what SAP described as data catalog software in a server optimized for Docker containers and Kubernetes.

In addition, SAP announced today it is making version 2.3 of SAP Data Hub generally available, which extends both the number of data sources as well as the level of complexity that can be achieved when integrating multiple data pipelines. To achieve that goal SAP previously incorporates SAP Vora, an instance of the Apache Spark in-memory computing framework running on Kubernetes, into SAP Data Hub as well.

The combination of all those technologies makes it simpler to for organizations to now graphically view and manage all data pipelines spanning both SAP and third-party applications, says Amit Satoor, senior director of product and solution marketing for SAP.

“It makes it easier to understand the data landscape,” says Satoor.

The alliance with SAP is another example of how data gravity issues require a multi-cloud approach to computing that includes on-premises IT systems, says Dave Cope, senior director for market development for CloudCenter at Cisco. It’s simply not practical for organizations to move all their data into a public cloud, notes Cope.

“Organizations are not going to want to lift and shift every workload into the cloud,” says Cope.

In fact, thanks to the rise of Docker containers and Kubernetes it’s now possible to decide where to run any given workload based on not just where data resides, but also because of performance, security and compliance considerations.

Most IT organizations today have little experience standing up Kubernetes clusters. SAP and Cisco are clearly hoping to accelerate adoption of SAP Data Hub by delivering it on a turnkey platform that automates most of the tasks associated with standing up a Kubernetes cluster. However, it remains to be seen just how Kubernetes will be consumed in the enterprise. Most instances of Kubernetes running in a production environment today are running on top of a virtual machine. But some IT organizations are also opting to deploy Kubernetes on bare-metal servers as an alternative to virtual machine software. Reasons for making that decision span everything from performance concerns stemming from the amount of software being deployed to a desire to avoid paying for commercial software licenses.

Regardless of the approach taken, the one thing that is clear is that the way data is managed across the enterprise is about to change in no small part to the rise of Docker containers and the Kubernetes clusters they run on.