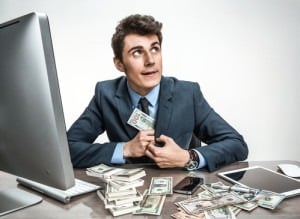 Senzing’s entity resolution technology, a form of AI, will make it easier to identify cases of financial fraud.

A spin-off from IBM is making use of entity resolution, a form of artificial intelligence, to make available a software-as-a-service (SaaS) application to make it possible to more easily identify cases of financial fraud.

Senzing CEO Jeff Jonas says the company is building a portfolio of applications based on entity resolution technology that IBM previously only made available to application developers. Entity resolution is a data science discipline through which pipelines are created to recognize data by validating, optimizing, and enhancing the incoming identity data as a specific type of entity. Search algorithms are then employed to compare the data values in the incoming identity record against existing entities. Any anomalies that are detected then generate an alert in real time.

The entity resolution technology that Senzing relies on is based on a self-learning and self-correcting algorithm that results in applications that capable of performing human-like reasoning, says Jonas.

Jonas says that approach provides a mechanism to create an application to combat $14.4 billion in annual financial fraud that occurs across a wide range of vertical industries. “We’re taking the friction out of it,” says Jonas.

To accelerate adoption Senzing is making applications available for free for organizations with less than 10,000 records. Pricing for 50,000 thousand records costs $50 per year. Larger record volumes along with real-time application programming interfaces (APIs) for developers working in Java, Python, or C applications start at $4,000 per year.

Most organizations need entity resolution because most customer records are messy, explains Jonas. There are multiple entries describing the same customer and each application may render a product name differently. Rather than having to clean up all that data by hand, entity resolution algorithms make it possible to infer relationships between data sets, explains Jonas. Those entity resolution algorithms have been employed in applications spanning everything from identifying potential terrorists and catching fraudulent behavior in casinos to reuniting families separated by natural disasters. Of course, the more accurate the underlying data exposed to those algorithms is, the more efficient the Senzing applications becomes at identifying relationships.

Jonas says Senzing will continue to have a licensing partnership with IBM, which has invested heavily in a complementary set of AI algorithms that are employed across a range of Watson services.

It remains to be seen whether the availability of cloud applications will drive increased usage of entity resolution algorithms that have been around now for more than a decade. But it’s clear that savvy end users now have a much better understanding of the art of the possible when it comes to employing algorithms against large sets of data. The first proof in the pudding, of course, should be a substantial reduction in the amount of fraud being regularly committed across the globe.