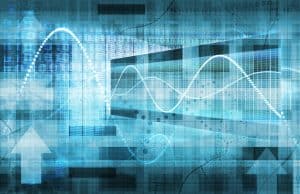 Honeywell also revealed it is working with JPMorgan Chase to develop algorithms that can be applied to both quantum computers and existing systems.

Honeywell is gearing up to make what it claims will be the most powerful quantum computer in terms of quantum volume built to date available as a cloud service in the next three months.

Rather than focusing on trying to run multiple types of qubits, Honeywell builds its quantum computers based on a trapped-ion architecture that leverages numerous, individual, charged atoms (ions) to hold information. It then applies electromagnetic fields to hold (trap) each ion in a way that allows it to be manipulated and encoded using laser pulses.

See also: Quantum Computing: Coming to a Platform Near You

That approach is allowing Honeywell to build quantum systems that will scale higher, says Tony Uttley, president of Honeywell Quantum Solutions. That quantum charge-coupled device (QCCD) architecture will enable Honeywell to deliver a system capable of supporting a quantum volume of at least 64, twice that of any other platform. Furthermore, Honeywell is predicting that its approach will enable the company to increase quantum volume by an order of magnitude each year for the next five years.

“Not all qubits are the same,” says Uttley. “Our systems are built to scale.”

Honeywell has also revealed it is working with JPMorgan Chase to develop algorithms that can be applied to both quantum computers and existing systems. In most cases, applications will wind up invoking quantum computers transparently so solve computational problems that require a level of scale that can’t be achieved using existing systems, says Uttley. Honeywell Ventures, the venture capital arm of Honeywell, has also made investments in two leading quantum software and algorithm providers Cambridge Quantum Computing (CQC) and Zapata Computing to further expand the pool of potential applications and use cases.

It’s not likely IT organizations will be deploying quantum computing systems in on-premises IT environments any time soon. Most organizations simply don’t have the expertise required. Honeywell is making its quantum systems available via the Microsoft Azure cloud. Uttley also notes that Honeywell at this juncture is now willing to deploy a system that it doesn’t directly manage to keep control over its intellectual property.

In general, access to quantum computers will be roughly akin to the early days of the mainframe when organizations had to sign up for timesharing services. There is a limited amount of quantum computing capacity available so organizations that commit early are likely to enjoy a first-mover advantage of a crucial period of time, says Uttley.

It’s too early to say how pervasive quantum computing might become. It is, however, now just a matter of time before applications that previously would not have been even thought of because there was no way to even attempt building them start to emanate from research and development organizations. The challenge now, however, is finding ways to extend existing applications to take advantage of a new esoteric computing architecture that may prove one day to change utterly everything currently understood about how data is processed.