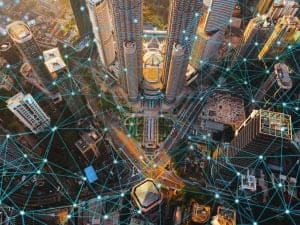 Breaking down the barriers of smart cities development could be achieved through the use of open-source standards and frameworks.

Smart city initiatives are happening all over the world, as city officials look to gather more data on their citizens and the city’s infrastructure. Like most public IT projects, smart cities suffer from a litany of development and management issues, which can lead to low usage, poor performance, and excessive spending.

The Fiware Foundation, established in 2016, aims to make smart city projects more manageable and cost effective by providing shared resources to developers and stakeholders. This open-standards approach also ensures that solutions are more interoperable and have long-term support.

The foundation has over 450 members which contribute to the development of open-source standards for a range of smart applications, including smart cities. These members include Atos, NEC, Red Hat, and Telefónica.

Red Hat, one of the world leaders in open-source solutions, has only joined as a member in the past few months. It announced its intention to collaborate with the Fiware Foundation on the development of open-standard smart solutions, which are able to run on Red Hat OpenShift.

“Everything is available for everyone, for free, forever,” said Fiware Foundation CEO, Ulrich Ahle, to Bee Smart City at the Smart City World Expo Conference 2022. “You don’t have to be a member of the FIWARE Foundation to have access to this. It is an open-source technology with a large ecosystem behind it. This is important to note because these technologies aren’t ever relying on one person or one company, who may decide one day that they don’t want this technology to be open source anymore and may switch it to closed-source or only make it available through a paywall or license model.”

While Fiware Foundation does not commercialize its solutions, it does work with cities through its iHubs network, which aim to support regional companies, cities, developers, and academia by providing access to open-source technology, business guidance, and community networking.

It recently launched five new iHubs in Canada, Colombia, Japan, Saudi Arabia, and Spain, which are often backed by Fiware members. In each case, the business or city has come up with a range of use cases or areas where smart sensors and other tech could be deployed, and have brought on the Fiware Foundation as advisors and for networking. For example, the project in Colombia is in partnership with UPB, a private university with a main campus in Medellin. The iHub aims to be part of university projects in the area of social appropriation. In Spain, the Port Authority of Huelva has embedded the iHub as a way to attract port, logistics, and water projects, alongside the acceleration of new startups and companies in the city.

“As we all know, ports are increasingly faced with the need to embrace digital transformation to remain competitive,” said Rocío Diaz Pereira, Head of iHub. “The iHub La Lonja de la Innovación aims to help the port of Huelva to grow and enter in the digital world by attracting and accelerating projects of interest for the port. At the same time, the start ups obtain an ideal place to carry out their tests and pilots in a real environment and are taught in various fields, including FIWARE technology.”

These city hubs provide a wealth of services to individuals, businesses, and city officials. The Fiware Foundation has confirmed it will continue to broaden the network and establish iHubs in more cities in the near future.