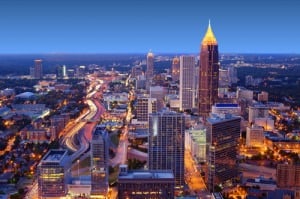 Sprint has announced a 5G laboratory in Georgia, where it will test autonomous vehicles, robotics, artificial intelligence and IoT devices.

The Curiosity Lab will include a 1.5-mile test track for autonomous vehicles and a 500-acre technology park. Sprint intends to use the site as one of its primary research facilities for 5G and edge computing deployment. It will also rent the space to developers and manufacturers.

“This state-of-the-art lab will serve as a testing facility for the most advanced automotive technology,” said Ivo Rook, senior vice present of IoT and product development for Sprint. “This is much more than self-driving cars, Sprint is bringing together Curiosity IoT, micropositioning and HD mapping, all enabled by our upcoming mobile 5G network, to develop and test the most advanced technologies in the industry. We are honored to work with Peachtree Corners to drive AI, robotics and autonomous.”

Sprint will explore various forms of vehicle communication at the site, including vehicle-to-vehicle and vehicle-to-infrastructure. The development and improvement of this technology is seen as fundamental for the transition from human to robot car control, especially in the interim stage, where humans will be able to take control back from the robot.

Cellular and networking providers argue that 5G is a necessity for self-driving, as the cars will need up to date information on traffic and need to be able to communicate with other vehicles and road infrastructure. The necessity of 5G has been disputed by some, like Andreessen Horowitz analyst Benedict Evans, who said that nobody outside of networking claims it is pivotal.

“Being at the forefront of research and development into smart city and transportation technologies helps the city increase efficiency and will transform how we live, work, learn, and play,” said Brian Johnson, city manager for Peachtree Corners. “Only Sprint has an incredible platform that combines both IoT and 5G which allows us to realize new goals in this digital age.”

While Verizon and AT&T are already starting to call their network upgrades “5G”, it will be another few years before the next generation of cellular networking is standardized. In the meantime, incubators like Sprint’s in Peachtree Corners will be exploring how far they can push the network, and how to make it suitable for all the new device forms coming online in the next few years.