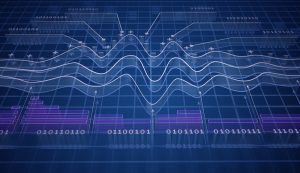 No amount of investment in analytics is likely to have much of an impact if organizations lack the means to collect, store, and organize relevant data.

When it comes to maximizing the business value of data there’s a lot of interest but the ability to convert that excitement into a concrete strategy doesn’t appear to be nearly as strong.

A global survey of 2,259 global business and IT managers conducted by TRUE Global Intelligence on behalf of Splunk published today finds 81% believe data to be either very or highly valuable. Data plays a key role in overall success (81%), innovation (75%), and cybersecurity (78%), the survey finds.

See also: 5G and the Challenge of Exponential Data Growth

However, the majority (57%) concede the volume of data being generated is growing faster than their organizations’ ability to keep pace. Two-thirds of respondents (67%) expect the sheer quantity of data to grow nearly five times by 2025. More challenging still, 66% report that half or more of their organizations’ data is dark in the sense it is untapped, unknown, or unused.

Nearly half of respondents (49%) said edge computing, 5G networking, Internet of Things (IoT), artificial intelligence (AI) and machine learning (AI/ML), augmented and virtual reality (AR/VR), and blockchain platforms would play a significant role in their efforts to harness data. On average, however, only 42%, said they feel they have high levels of understanding of all six emerging technologies. Across industries, IoT has the most current users (28%)

In terms of geographic regions, 90% of business leaders from China expect the value of data to grow, with 83% of Chinese organizations either prepared or are preparing, for rapid data growth compared to 47% across all other regions. U.S. leaders are the second most confident in their ability to prepare for rapid data growth, with 59% indicating that they are at least somewhat confident.

While the economic downturn has clearly had an impact on IT spending patterns it turns out the COVID-19 pandemic is driving is accelerating investments in digital business initiatives that forces organizations to modernize the way they manage data, says Mike Saliter, vice president of industries and specialization for Splunk.

“COVID-19 has actually been a stimulus,” says Saliter.

The biggest challenge organizations face today is turning all that data into actionable business intelligence that can be acted upon in real-time. That requires IT teams to master a wide range of emerging technologies ranging from frameworks to processing streaming data to edge computing platform capable of running analytics on data collected locally. While there is still value in running analytics in batch mode on backend systems, end-users increasingly expect applications to surface insights in real-time. That requires IT teams to deploy compute processing power as close to the point where data is now being both collected and consumed.

Of course, if organizations lack the means to collect, store, and organize relevant data in the first place no amount of investment in analytic applications is likely to have much of an impact. In fact, too little of the wrong kind of data that gets acted upon can from a business perspective easily wind up being the proverbial cure that is worse than the disease.