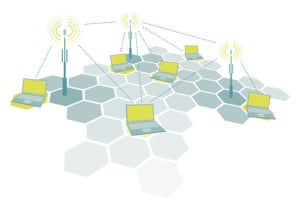 T-Mobile launched the nation’s first narrowband-IoT (NB-IoT) service plan for customers looking to provide connectivity to a range of devices.

T-Mobile has announced the first nationwide plan for narrowband IoT (NB-IoT). The cost will be $6 per year, a fraction of the cost of similar plans offered by Verizon. T-Mobile’s plan uses narrowband technology to offer significantly lower costs for connecting IoT devices.  They were the first wireless company to launch NB-IoT in North America in late 2017 and says the new technology and plan will be available coast-to-coast by Q2 of 2018. The company also announced they have selected NB-IoT modules from u-blox and Sierra Wireless for use on the new network.

“NB-IoT is much more affordable than Cat-M and is already the globally-preferred standard to power the rapidly expanding world of IoT applications,” T-Mobile said in its announcement. “Because it can operate in guard bands—the network equivalent of driving down the shoulders on the highway—NB-IoT carries data with greater efficiency and performance and doesn’t compete with other data traffic for network resources.”

NB-IoT is an LTE-Advanced technology build on the 3GPP standard. It provides a pathway to 5G IoT and provides benefits like long battery life, low power usage, and support for more connections per cell site. It’s also more affordable than the Cat-M service Verizon offers and has rapidly become the global standard. It can operate in guard bands, which are the network equivalent of the shoulders on the highway, it is more efficient at carrying data and doesn’t compete for resources.

The NB-IoT plan will initially be available for $6 per year for up to 12MB per connected device. This makes it ideal for asset tracking, smart agriculture, and smart city applications among others. T-Mobile plans to launch Cat-M later this year and support the full ecosystem of LTE technologies available for IoT.