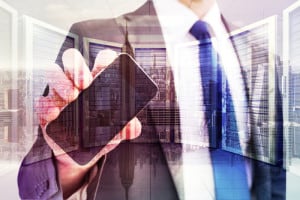 With the rise of the Internet of Things and fog computing, these micro data centers are going to be an important part of data analytics-driven enterprises.

In the past few years, while the world’s attention has been on the growing dominance of immense cloud-based services, a counter-trend has been taking place under the radar.

Small data centers – perhaps no larger than mobile phones, or perhaps even the mobile phones themselves – are gaining the power and capabilities that a building-size data center had just a few years ago.

With the rise of the Internet of Thigs, these micro data centers are going to be an important part of data analytics-driven enterprises. “The edge is about sensors and data making every device into a micro data center with potential for instant insights,” says Daniel Newman, principal analyst with Futurum.

The growth of these pint-sized data centers were recently explored in a series of posts by Scott Fulton III at the ZDNet site. These, potentially, are the engines that will be part of the emerging fog computing world — putting processing and analytical power where it is needed, reducing the potential network latency that more centralized cloud architectures incur.

Mobile phones may be one form the data center of the future may take. “Consider this: You hold in your hand a data center,” Fulton writes. “The part that touches you directly may rest on your desk, fit in your pocket, or perhaps even sit on your wrist. What connects it to the part that makes it functional — the servers and their processors, the network and its fabric, storage and its arrays — is no less substantial than what connects those components to each other. The connections you can’t see are the ones responsible for the applications you use.”

In essence, small data centers could be planted, by the thousands if not hundreds of thousands, in spots adjacent to cell phone towers, and provide as much compute power as one of Amazon’s sprawling complexes. “Each of those micro data centers would instantly have the virtue of 4G, and soon 5G, connectivity,” says Fulton. “It may already be connected to some nearby enterprises by fiber optic cable. Electricity would already be both plentiful and available, with backup generators already on-site. And the classes of virtual infrastructure systems that already empower the applications running in private and hybrid clouds, could effectively weld all of these stations together into a global network mesh.”

Fulton quotes Egal Elbaz, AT&T vice president for ecosystem and innovation, who notes that these small data centers may prove their mettle against the large cloud-based services, thanks to “the footprint, and because we have the evolution into 5G, and because ultra-low latency and high throughput are going to become characteristics of our network, and our ability to orchestrate in real-time, based on demand and consumption.”

(Disclosure: the writer is a contributor to ZDNet, mentioned in this article.)