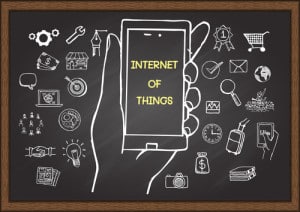 Most IoT applications include passive, active, and dynamic data.

So the IoT is “all that” now, and a bag of chips.  Perhaps it’s time we look at the emerging patterns of IoT, which will provide better opportunities to define and solve problems.  These patterns surround the use of data, which is the real core of IoT.

The patterns I see are:

Data from passive, which is the ability to consume data from sensors that don’t actively communicate.  These are sensors that must be activated before they can transmit data, and they only produce data when asked to do so.  For example, a sensor that measures ground water saturation only produces current data when the API is invoked.

Passive data does not mean a passive data/IoT application.  Indeed, since the sensors need to be managed, the application must take on the logic needed to do so.  These are typically sensors that are low power and exist in remote locations.

Data from active means that the sensor is typically streaming data, such as from a jet engine.  Unlike passive data, where we have to ask, these sensors constantly toss off data.  Thus, you need to absorb the data in near real-time, and the applications need sophisticated IoT data communications capabilities.  Data can’t be lost, it must be correctly parsed from the stream, and placed in the correct format for both storage and processing.

Data from dynamic is the most sophisticated and the most useful.  These are devices with sensors that communicate dynamically (bidirectional) with IoT applications, such as a smart thermostat.  These types of sensors carry out a conversation of sorts with IoT applications. This allows a full range of capabilities, including the ability to change the data that’s produced, change the format of the data, change the frequency, and even deal with security issues and provide automated software updates to dynamically deal with issues.

In short, data from dynamic is like an IoT application talking to another application.  They do not just deal with data points that devices produce, but can alter the data produced to meet the needs of the target IoT application. These are also self- and auto-configurable, and these dynamic capabilities really provide the best IoT capabilities.

As you build IoT applications, you’ll find that the types of IoT data—passive, active, or dynamic— will be mixed into most IoT systems.  However, as time moves on, and we build net-new IoT systems, the data from dynamic will be the most likely evolution.  This is due to the capabilities of these sensors, specifically the automation that makes them less likely to be obsolete anytime soon.